The Sapphire HD 7950 Vapor-X overclocks much like other HD 7000 series cards I have tested. Simply set the clock and run with it.

The first thing I adjust is the GPU to find the maximum stable frequency which I found to be 1128MHz. 1130 was stable for the most part with only minor artifacts very rare but any artifacts or strange issues is enough for me not to let it pass as I want to represent something that can actually be used. Memory overclocking was equally as impressive pulling over 1650MHz settling in around 1655MHz (6620MHz Effective) which is a huge overclock well over 30% on both the GPU and memory and to me this level of free performance is huge for a gamer looking to gain some extra speed.

The Vapor-X cooler definitely earns some kudos here as even with a clock of over 30% increase the card never even saw 70C. This cooler is quite nice and stays very quiet which is another plus as some gamers use speakers and not a headset so the last thing you want is a cards fans screaming in the background. 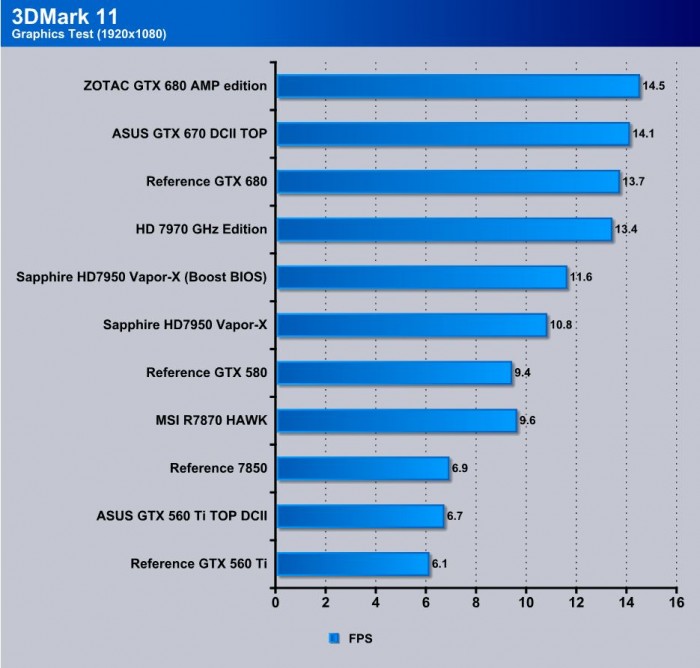 Here the HD7950 Vapor-X pulls some good numbers and the boost BIOS pulls almost another full FPS with just the press of a button. Do note that 1 FPS gain in this test is actually a pretty big gain. 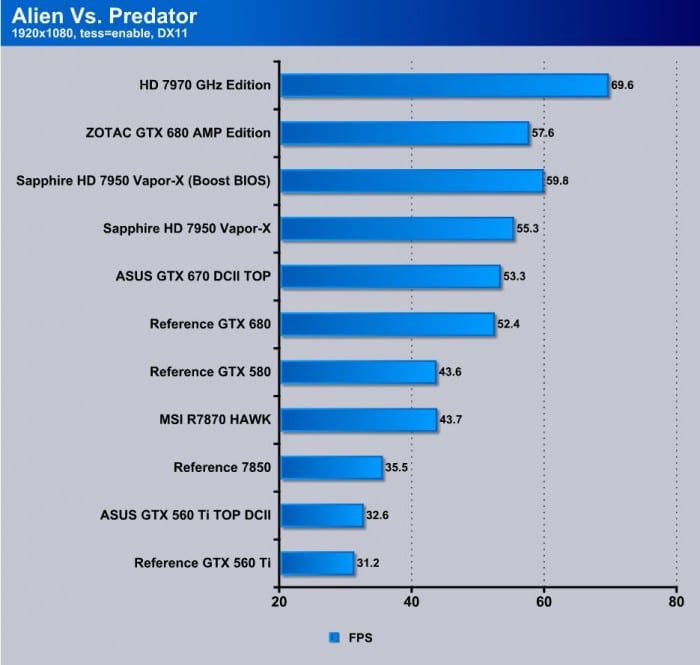 In Alien vs Predator The 7950 Rockets ahead even beating the AMP edition 680 we tested previously, and the press button boost BIOS gave an almost 5 FPS jump for a quick and easy performance boost. 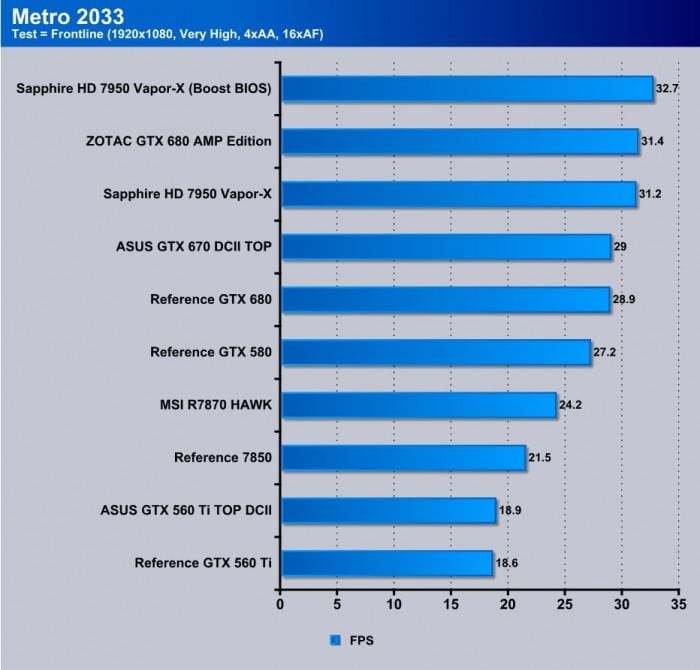 Metro 2033 likely one of the most demanding games that we have tested with, as it brings virtually every GPU to its knees. The HD7950 Vapor-X does quite well here as at standard clocks it is slightly below the AMP edition 680 and with the help from the boost BIOS it takes a clear lead over the 680 by over 1 FPS, so this card definitely responds well to frequency adjustments. 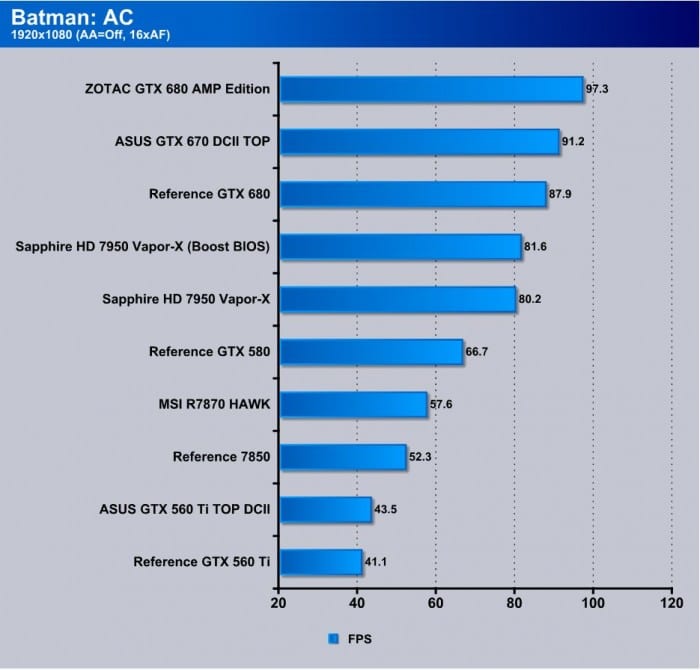 Batman is a popular game, which is why we include it. The game is a Nvidia “Way it’s meant to be played” title so I’m not really surprised to see the Nvidia cards rule the roost on this one. The 7950 Vapor-X is not far behind but this game does not see as drastic of performance gains from the boost clock as it saw just a little over 1 FPS boost which is still a gain but just goes to show that software optimization plays a role here as well. 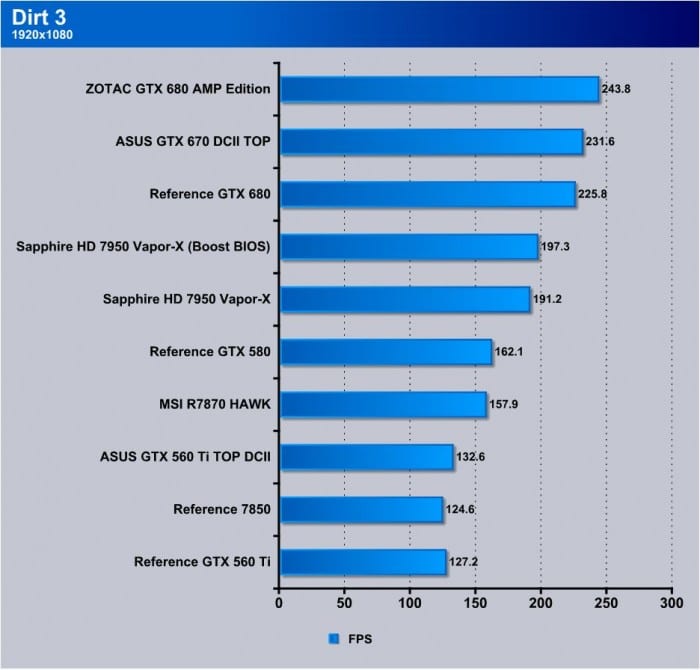 Dirt 3 was highly marketed by AMD, so I was a little surprised to see it trail behind the 680 and 670 models but then again they are very powerful cards. The 7950 holds its own and turns in some super high numbers and once again the boost BIOS gives us a solid 6 FPS jump which is not really needed at almost 2 FPS but it shows that when the software is optimized for it, the performance will show.