Nvidia just launched the 650 Ti chipset and with that we have the partner models as well. With us today we have the top limited model from ASUS in the GTX 650 Ti DirectCU II TOP Edition card. This card is the top of the heap when it comes to the ASUS models and now lets see if it has the performance to match.

The ASUS GTX 650 Ti DirectCU II TOP is the best of the best when it comes to ASUS models. Nvidia gave us the 650 Ti GPU which is the heart of this card. Just to be clear, this GPU is made for budget gamers who are looking for something that can play high end games at medium/high settings at a very reasonable value. The reference model carries 1GB GDDR5 framebuffer piped through a 128 Bit memory bus, the ASUS TOP model carries the same memory size and interface.

The 650 Ti TOP hits the market at a MSRP of $179.99 and is a pretty limited card. The price is a bit above the similarly clocked and higher memory (2GB) Gigabyte OC variant so lets take a look at what the ASUS card has to offer to make it worth your while.

Here we see what the ASUS GTX 650 Ti DCII TOP has to contend with and there is some stiff competition here especially with the similar clocked Gigabyte model sporting twice the available VRAM. 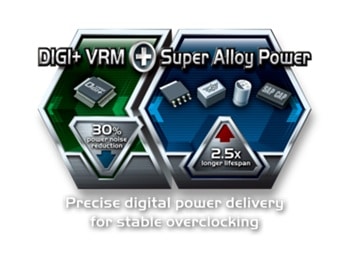 ASUS has great pride in the components they infuse into their graphics offerings very much like the motherboards we have covered previously. ASUS has what’s called SAP or Super Alloy Power which covers the components in the very VRM we are discussing. The components are hand picked for quality and performance based around not only power delivery but efficiency as well. The components in the SAP solution are super durable for a rated lifespan of up to 2.5X what reference cards would offer and also with the DIGI+ controller you’re talking ultimate precision which means better voltage stability, better overclcoking potential and overall better power efficiency clock for clock. 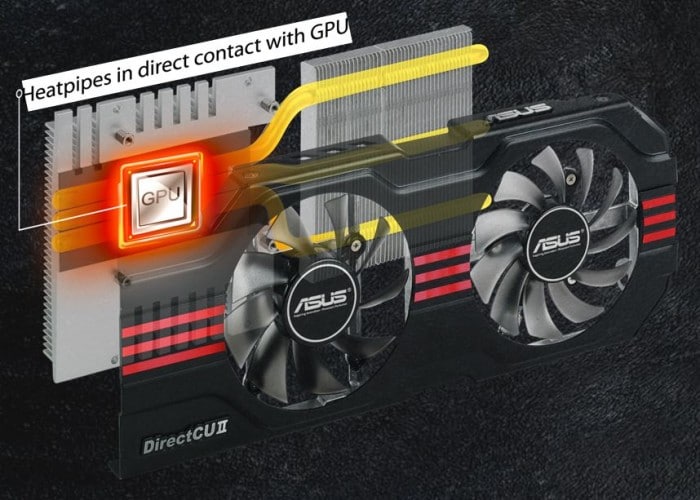 The green similar to seen above indicate everything is working well. However if the PCIe cable is not active or is not installed at all, it will give you the red light which tells you something is wrong. We could definitely see some value in this when diagnosing  issues. A dead PCIe power cable could cause you to pull your hair out without these kinds of indicators. 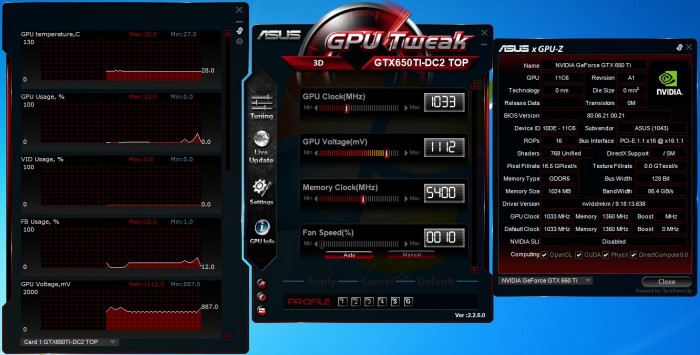 There are many tools within the GPU Tweak menus some a little more hidden than others. First off directly form the GPU Tweak utility itself you can check for BIOS updates and even update from within the program. For anyone whos ever updated a vBIOS before knows that having a tool that can do this in a mere few clicks is really handy.

And another neat feature that many never delve into but its worth visiting is the custom fan profiling. This allos a specialized ramping of the fan according to a graph you set custom for your thermal/acoustic needs. Honestly after using this card awhile I would say the fan profile is damn near perfect as it keeps the card cool when under load and also super quiet when just messing around on the web.