Some may ask why we chose the mainstream Z77 system and we can explain. Up until recent the X79 enthusiasts platform does not really support PCIe Gen 3 on the Nvidia 600 series GPU’s and come to find out it is due to the inherent instability many have seen with the X79 platform with Gen 3 products including AMD parts. This is why Nvidia has been hesitant to enable it, and now there is a workaround via registry to get it working but in order to ensure best possible testing scenarios we have stuck to the natively supported Z77 platform.

The ZOTAC AMP Edition card overclocked well but a bit below others i have tested. The maximum clock setting I could reach with the AMP edition is 1143MHz with full stability. The voltage increase was limited with the software I used for testing but with some software with a bit more headroom or even maybe a hard mod for vGPU I think this card could have more in it. One good thing is that even with maximum clock the card did not reach a temp that I would consider in an unsafe zone as it barely touched 75°C.

Memory overclocking was not bad at all as I hit 1880MHz with full stability which is nothing to scoff at. All in all the card comes with a decent overclock out of the box and has some headroom to spare.  It may not be as much as some but it does do well.

The AMP Edition cooler kept things in check rather well and for this I really have no complaint but its thermals are not exceptionally better than others we have tested so for that I would say it is passable.

The Zotac GTX 680 AMP Edition cooler is well tuned as even under load with the fans starting to ramp heavily the sound I hear from it is not strong enough that I would worry about hearing it in a closed case. On a test bench it is noticable at 4 feet but at 2 feet you definitely know its there. 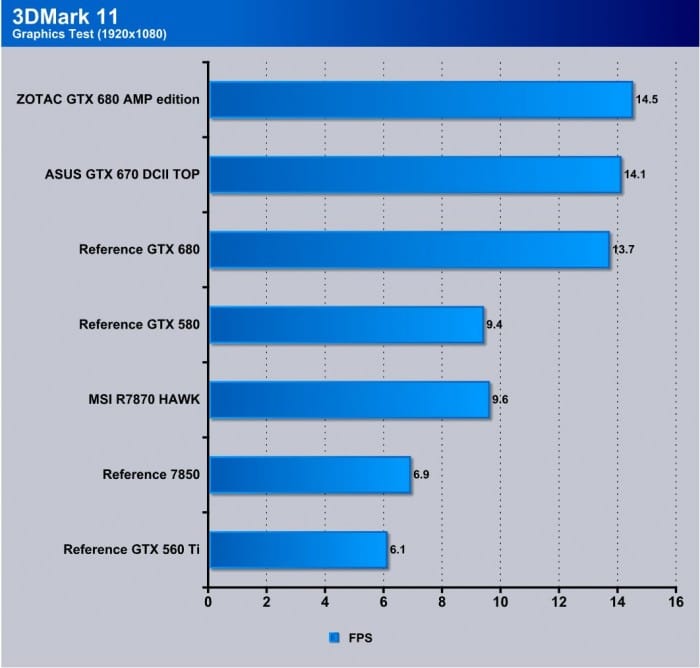 Here the AMP edition holds a decent lead over a reference 680 which is nice and definitely any advantage over the reference card is a plus. 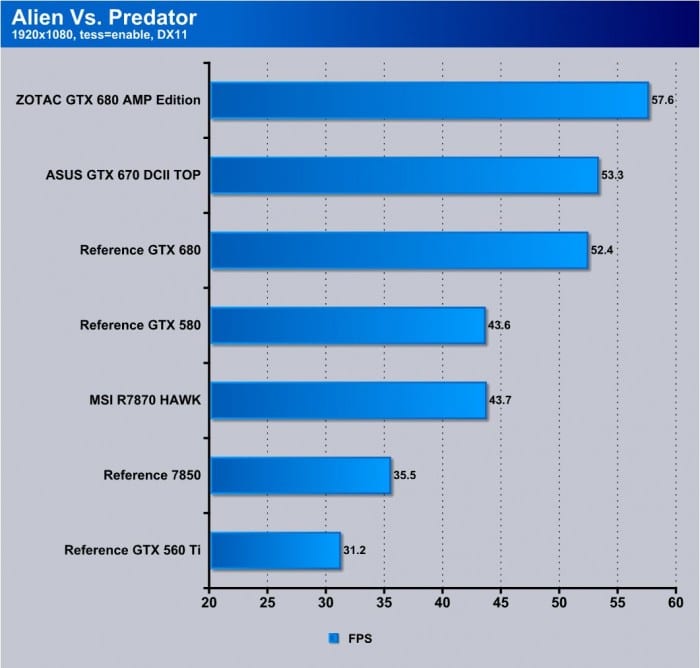 Alien Vs. Predator makes for a strong showing for the AMP card as it jumps far ahead of the reference 680 and 670 which is definitely a excellent result. 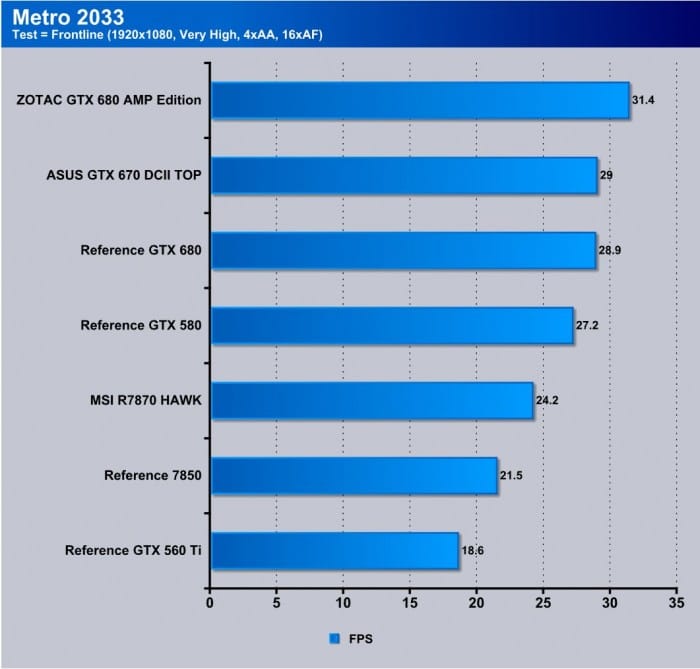 Metro 2033 likely one of the toughest games to crack that I have tested with as it brings virtually every GPU to its knees.  The Zotac AMP 680 holds its own but still with full detail i would say we need at least 2 cards to guarantee smooth gameplay as this game is just flat out stressful. 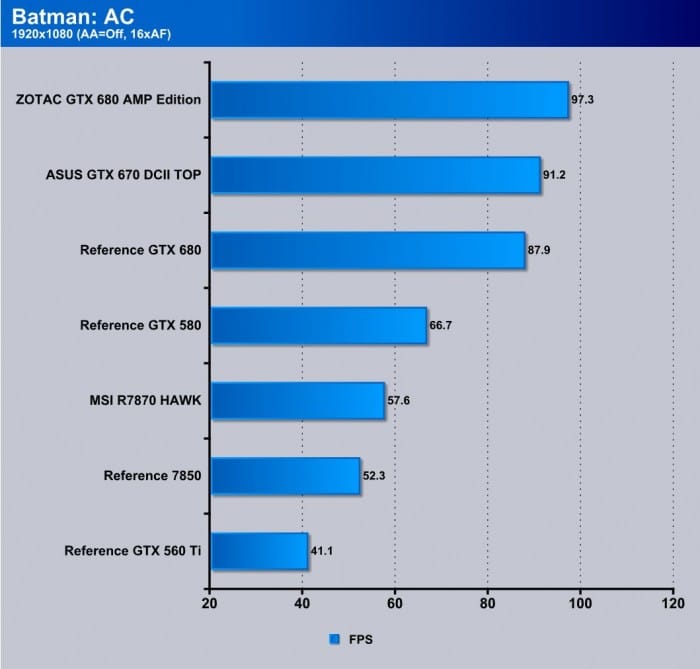 Batman once again shows the AMP’s strengths as it gains 10 FPS over the reference 680 which is very good especially as this card is basically just a high binned reference model card. 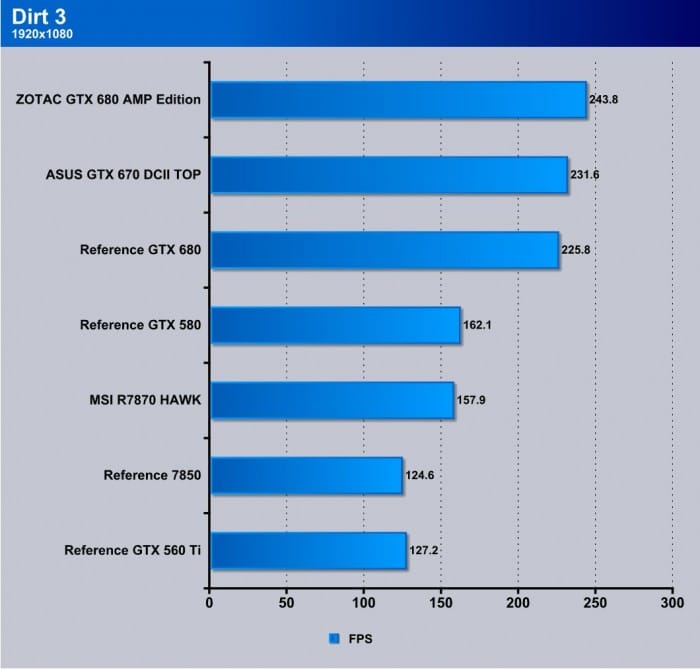 Dirt 3 although being marketed with AMD cards shows a strong result with the 680 although the AMP does not take as commanding of a lead it still does take a nice lead above the 670 and reference 680.