The MSI R7870 HAWK edition combined with the advanced controls offered from the MSI Afterburner software allowed us to easily get the card clocked to around 1290MHz for the core, with the fan at full tilt. However, most gamers will not want the fan at full speed 24/7, so we would recommend a milder overclock of around 1250MHz. We were able to accomplish this without pushing the card too hard and the fan was left on auto with full stability. All this is with standard cooling, and we haven’t even touched on the possibilities granted by the GPU Reactor module.

Memory clocking was quite good as we saw much headroom in this card as it easily pushed past the stock 1200 clock and fell right in line at 1580 MHz with full stability from our testing. Your card may not necessarily be happy here for 24/7 use, but it is a reachable goal.

The Twin Frozr cooler easily kept the card in check even pushing the limit on overclocking but as temps neared 80 C during overclocking, we decided it was time to call our max, as we would rather have a slightly lower clockspeed than damage components in the pursuit of more MHz. 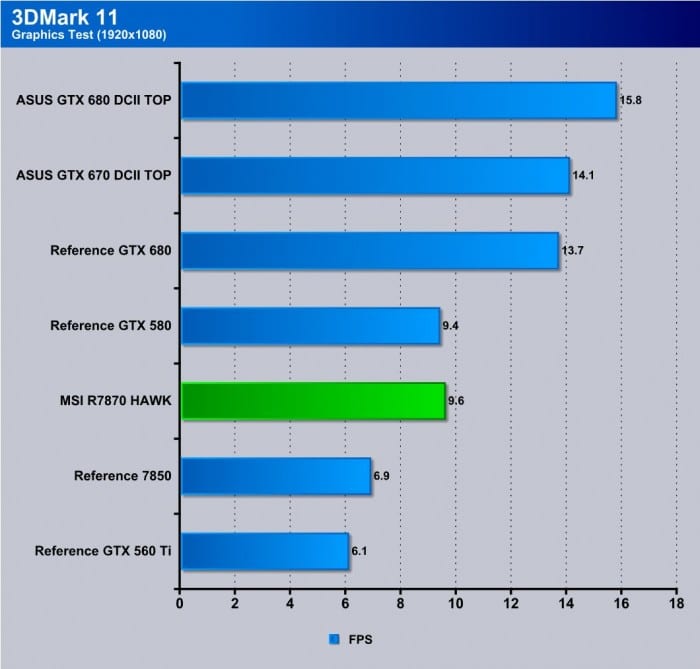 Here we can see where the R7870 starts off and finds itself amongst a pack of big brothers, and even some underlings. The R7870 HAWK takes on Nvidia’s GTX580 and bests it ever so slightly, so this card is looking pretty good so far. 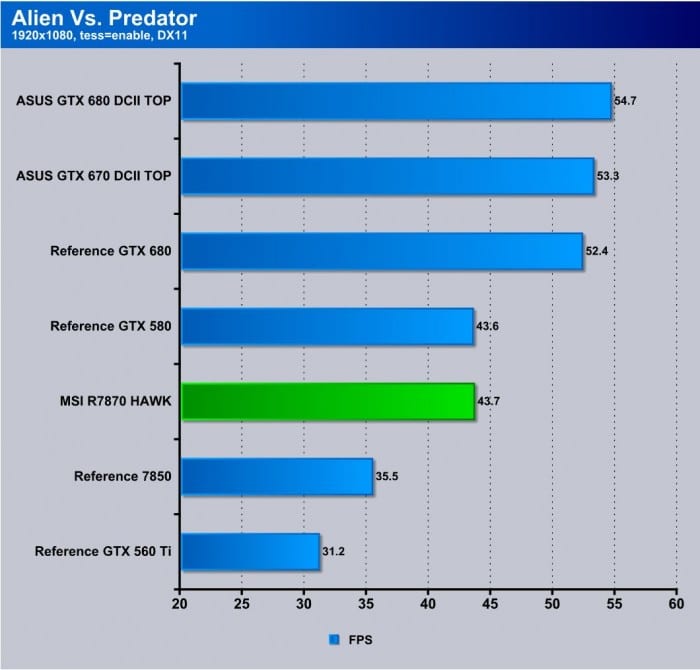 In Alien vs Predator we see the 7870 once again a step ahead of the GTX 580; most likely, the out of the box overclock helped with this capability. 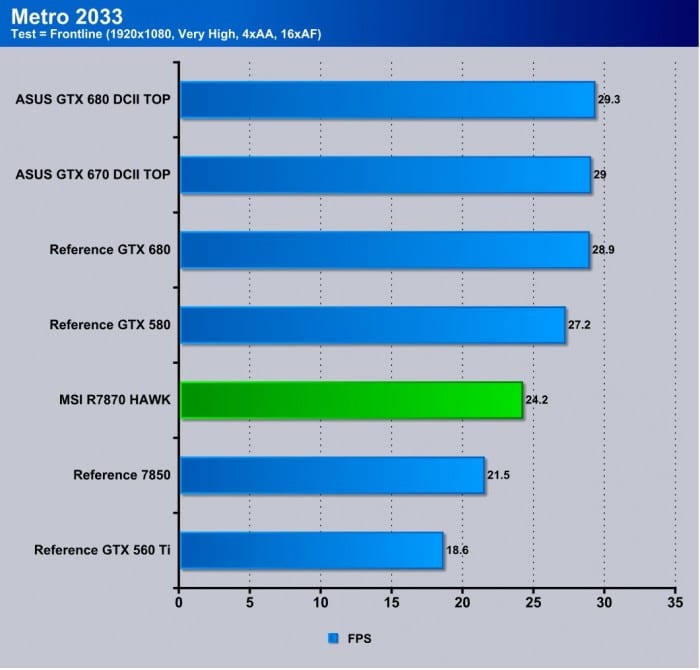 Metro 2033 likely one of the most demanding games that we have tested with, as it brings virtually every GPU to its knees. The 7870 is no exception, but in this bout the raw power of the GTX 580 GPU shines through as it takes a commanding 3 FPS lead over the 7870. Keep in mind, however, that the 7870 is a midrange performance model, whereas the GTX 580 is top of the line. 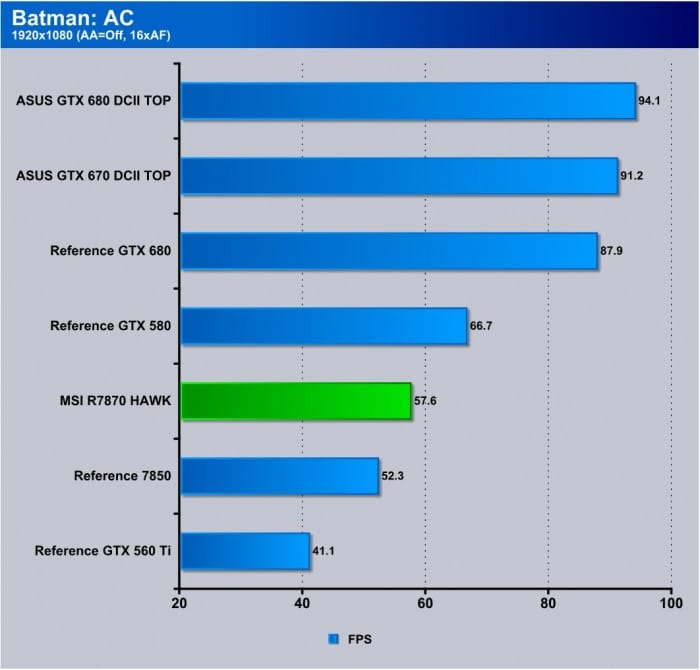 Batman is a popular game, which is why we include it. Here once again the GTX 580 shines ahead quite a bit and puts the 7870 in its place. 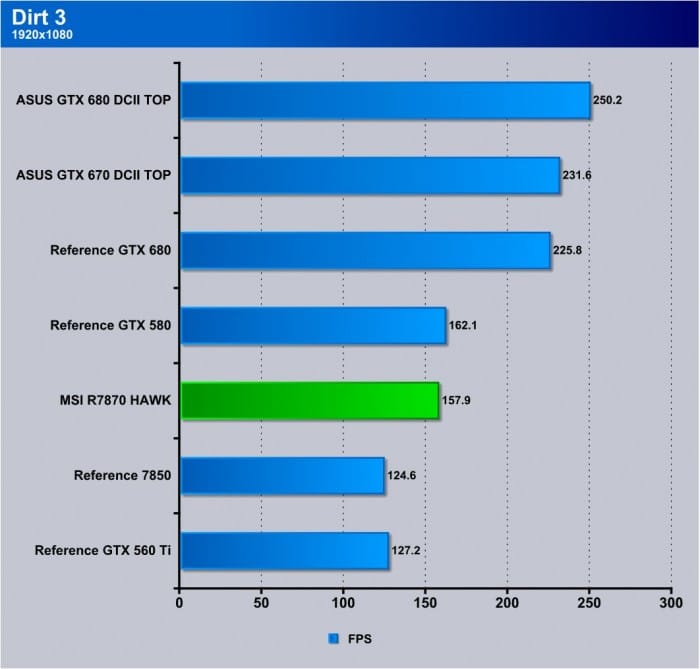 Dirt 3 was highly marketed by AMD, so we are not surprised to see the 7870 shine here. It just barely trails the GTX 580, which shows that gaming performance can vary greatly depending on the game and how it is made.

Today I am reviewing the Gigabyte RTX 3080 Eagle OC. As the name implies this is a factory overclocked RTX3080 that also comes with the Windforce E 3X Cooling System with alternate spinning fans. Gigabyte has a no less than 6 different RTX3080-models and this is one of the “cheapest” at $699.