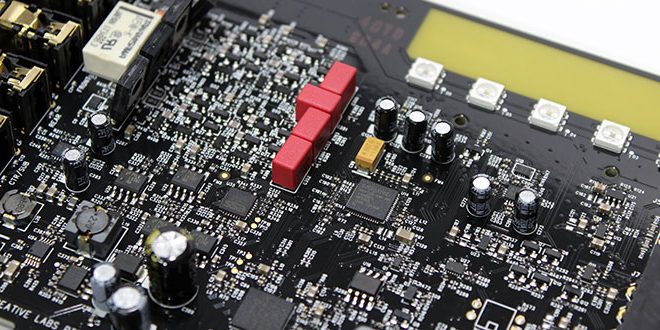 Pulling the main front shield we see the complete audio card with all of its glory. Center most is of course the ESS Sabre32 DAC which is the veritable heart of the audio solution. The standout components are the bright reddish/pink WIMA film capacitors. the top right most portion of the PCB you can see is dedicated to 5 Addressable RGB LED’s and its adjacent semi transparent logo/lighting area in the outer shield.

The rear audio outputs number 6 with five of those being 3.5mm jacks and the bottom being Optical SPDIF.

The rear IO connections are used for the following from top to bottom.

One thing to note is that all of the connections minus the headphone are grounded to the Metal I/O Plate which mounts to your PC chassis. This means you want to have it screwed in well for good grounding. One thing I did take notice of  is the Headphone output is grounded specifically to the PCB which is likely to eliminate potential noise by being grounded with the other I/O ports. Creative definitely put some focus on the Sound BlasterX AE-5 on ensuring the headphone experience stands out for this unit as evidenced by the discrete AMPs and the separate grounding choice. This in my opinion is a good choice being as many gamers prefer headphones/headsets as of recent for their choice of gaming immersion.

The opposite end of the Card houses the 4 Pin PATA (Molex) connector which helps power the RGB. There is also where you will find the front panel audio header so that you can run audio to your front panel of your case. Do keep in mind that many case audio headers and associated cables are not shielded so if degraded audio quality or issues is observed, try plugging directly into the rear of the card as it may simply be an issue with the case and not the card itself causing audio issues.

The very top of the card is where you will find the addressable RGB header which can be used to plug in Addressable RGB strips to help accent your case/build.

Here we can see the PCB and associated RGB bits we mentioned previously. Also you can see in greater detail the small RGB cavern built into the main outer shield so that you get the lighting effect through the striation and the logo which will illuminate in the way you set it from the included software.

Looking closer at what makes the Sound BlasterX AE-5 work we see the ESS DAC model # ES9016K2M. This is the SABRE32 Ultra DAC wchih is a 32 Bit 2-Channel D/A converter. It has wide applications beyond just a PC sound card and can be found in many high end consumer audio devices along with professional sound mixers among likely many other applications.

The CA0132-4AN is a sound chip also known as SoundCore3D from creative which has been around for awhile. 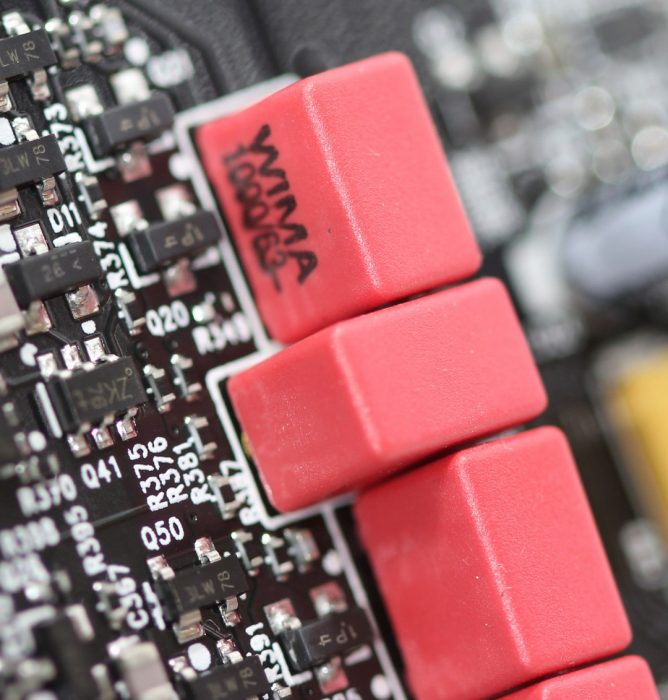 A Staple for audiophiles across the board is including WIMA film capacitors into the audio stream to ensure optimal auditory performance for their circuitry. WIMA is not the end all tell all for components on an audio devices but they are definitely a solid choice and a sign of good decision making when you see them in an audio solution thanks to their excellent performance characteristics. On top of that for some they are also seen as an attractive option as they have the bright red color and blocky rectangular style which means they can make for as good looking of an audio solution as they perform. 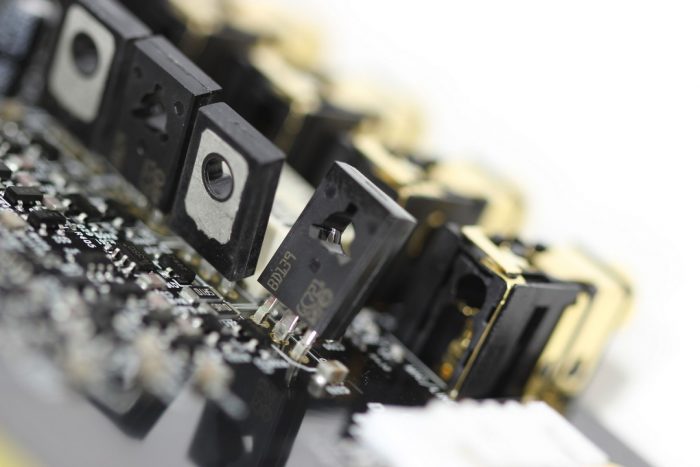 For the transistor duties the Sound BlasterX AE-5 employs a mix of BD139 and BD140 models which reside directly adjacent to the IO connections. They are the components you see standing up vertically and connected to the PCB with 3 legs each. 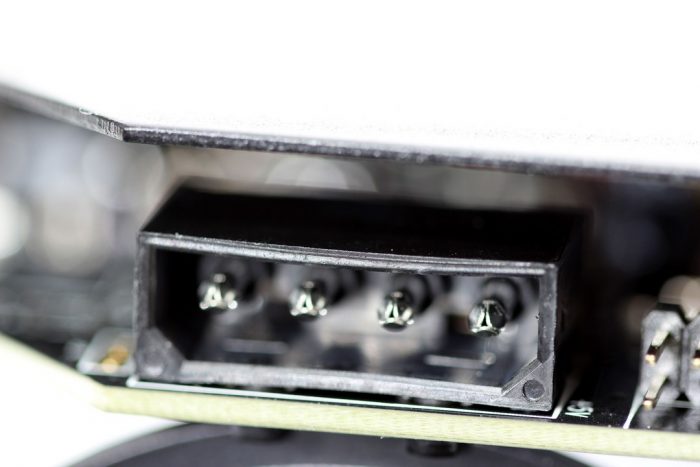 The 4 Pin PATA (Molex) connector supplies supplemental power to the Sound BlasterX AE-5. Luckily this is just for RGB it seems and if you opt to not hook up LED strips to the card you can omit this entirely. This is a plus for me as I don’t like cables running across my board and a 4 Pin PATA lead would be an eyesore in my opinion.

enough with the card physically lets take a look at how it sounds.