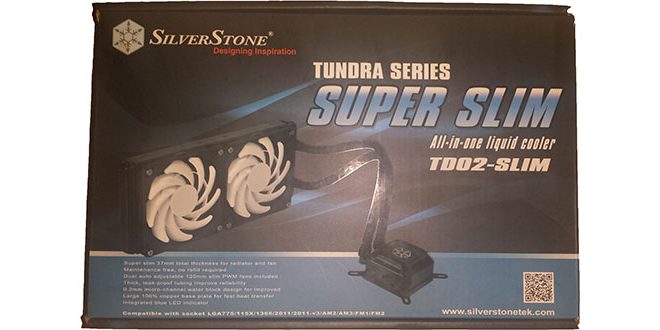 For our testing we used the Corsair H110i GT up against the Tundra TD02-Slim. We decided it would be interesting to see how this compact cooler unit would fare against a large full bodied 280mm unit when space isn’t a factor. We ran both setups through stress tests at stock speeds as well as overclocks to 4.3GHz using a vcore of 1.25V, each test lasting for 15 minutes. The graphs with the O’s represent the Overclocked values for each cooler and the S’s represent the values from the stock settings tests. All of the temperature results are given in degrees Celsius. 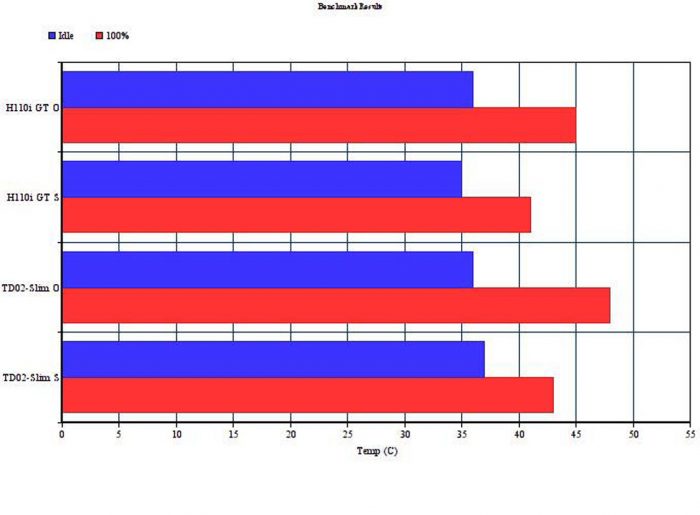 The TD02-Slim on stock registered values of 37C at idle and 43C at full load, while the H110i GT fared slightly better at 35C and 41C respectively. Unsurprisingly, we found a similar correlation with the overclock tests, the TD02-Slim came in with an idle of 36C and 48C at full load with the H110i GT at 36C and 45C. It was expected to some degree that the H110i GT would produce lower temps but the tests certainly show that the smaller radiator and fans of the TD02-Slim didn’t impact its performance as we thought it might have. Due to this, we feel that the TD02 packs quite a punch and really gives value for its size by competing admirably even with larger units, though it isn’t the cheapest or most effective option when space isn’t a constraint.

A quality cooling unit for small case enthusiasts or anyone short on space.