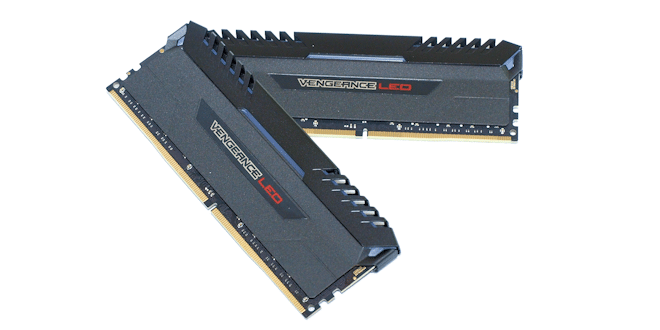 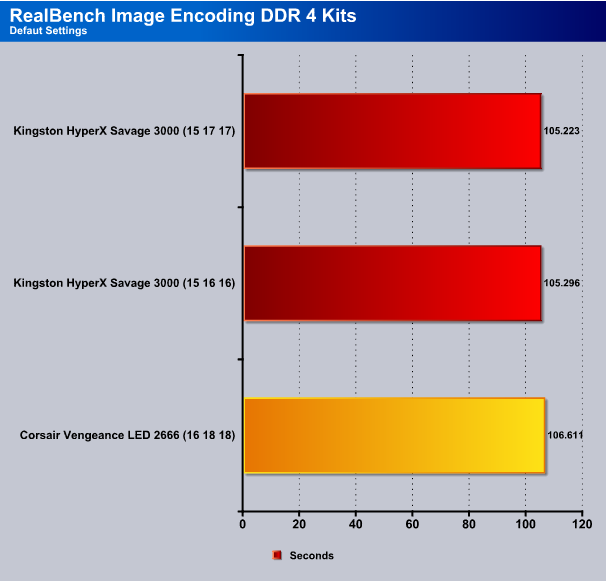 We like RealBench for it’s real life testing methods that scale well with Memory and CPU speeds. Here in the image encoding test we got a score of 106.611 seconds, barely falling behind the 3000MHz kits. 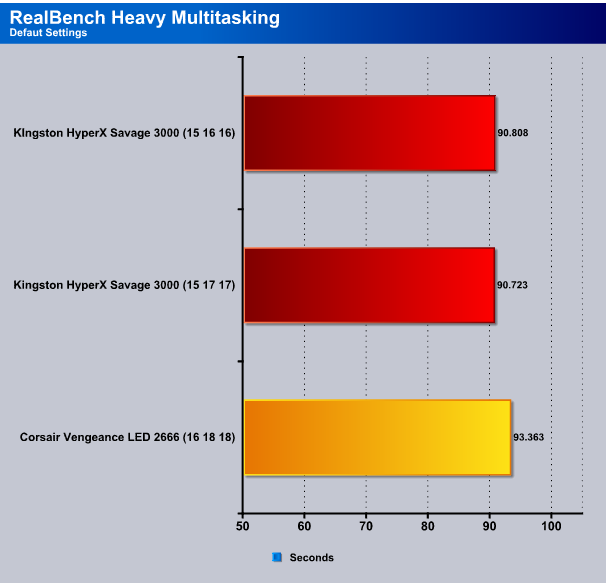 Heavy multitasking in ROG RealBench hits 93.363 seconds and a couple of seconds slower than the faster rated kits. 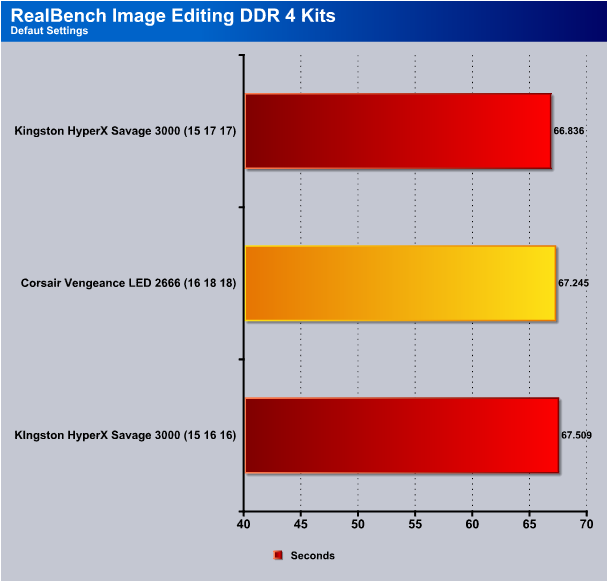 We ran the image editing test several times in excess of our normal three runs, and the Corsair kit jumped up ahead of one of our 3000MHz kits and ran 67.245 seconds.