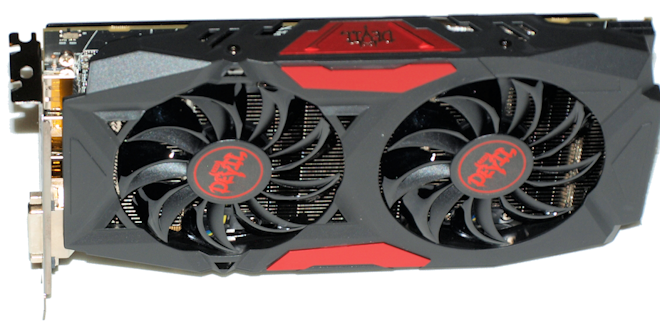 Now the PowerColor Red Devil RX 470 4GB has 2 BIOS’s Silent OC and Ultra OC and we ran testing on the Ultra OC setting which has the core would pretty tight to begin with. 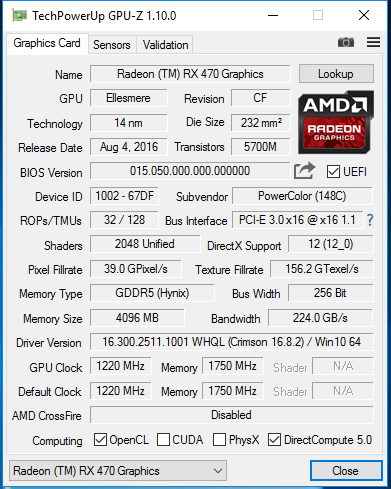 The Silent OC BIOS runs 1220 MHz and is the first stage OC from the factory but the memory is left at 1750 (x4 effective). 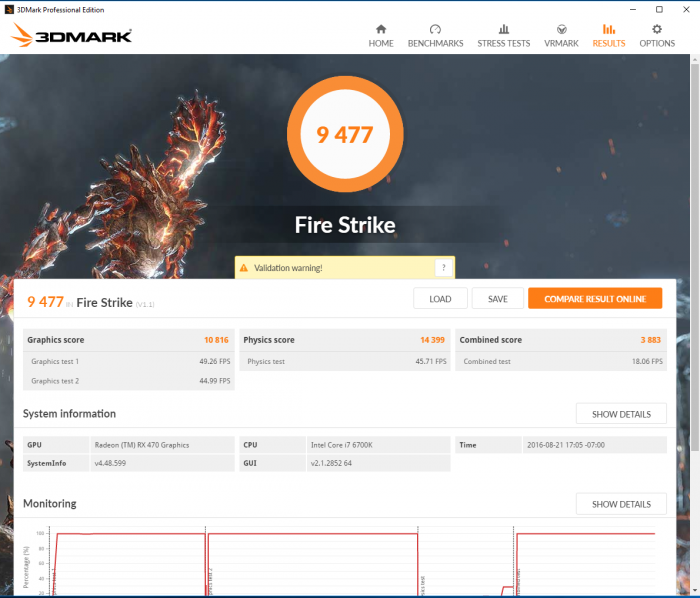 The Silent BIOS got us a score of 9477 in 3DMark Firestrike and what we want to know is how much more the Ultra OC BIOS will yield. 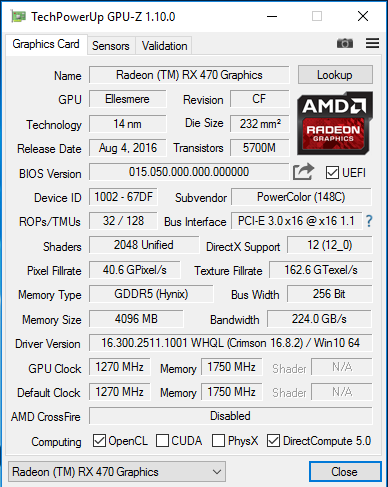 Here on the Ultra OC BIOS PowerColor upped the ante to 1270MHz which should give us a nice little 3DMark Score bump. 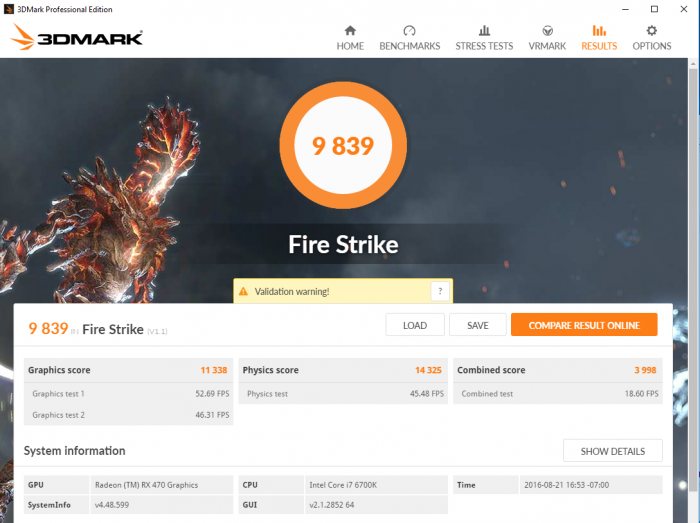 With the Ultra OC BIOS we scored a 9839 and a nice little bump over the Silent OC score of 9477 and an increase of 362 points in Fire Strike. 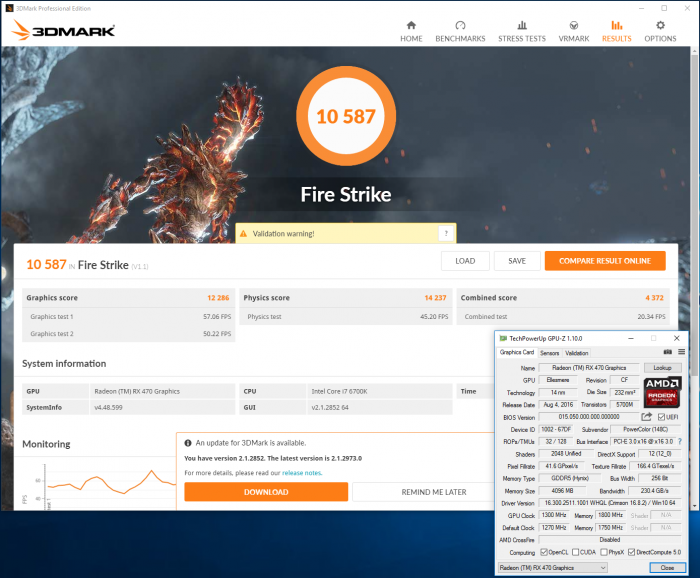 We wandered into AMD’s new OCing utility Tune Man cranked the voltage up to +50% but left the voltage settings for Dynamic Ocing on Auto. With such a tightly wound card we didn’t expect a massive OC and we spent an entire day tinkering with Tune Man. Now the stock Boost clock on a referance RX470 is 1206 so the silent OC is 14 MHz over Ref., then the Ultra OC is 1270 MHz a 50 MHz jump over the Silent OC so we r already OC’d 64 MHz. We pushed the core to 1300 MHz and could get stable runs at 1325 MHz but as soon as we upped the memory speed 1325 would crap out. We backed down to 1300 MHz and upped the memory speed to 1800 MHz and got a nice stable sustainable OC. We scored a 10578 in 3DMark showing it’s a productive OC.

We spent a couple of hours increasing the Core and memory from the Max OC of 1300 MHz core and 1800  MHz memory but an increase of 20 MHz on either caused the driver to stop responding.