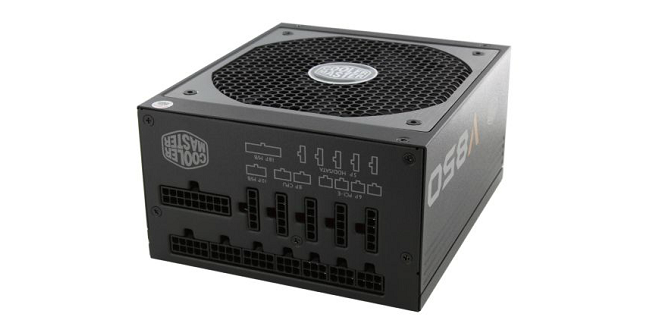 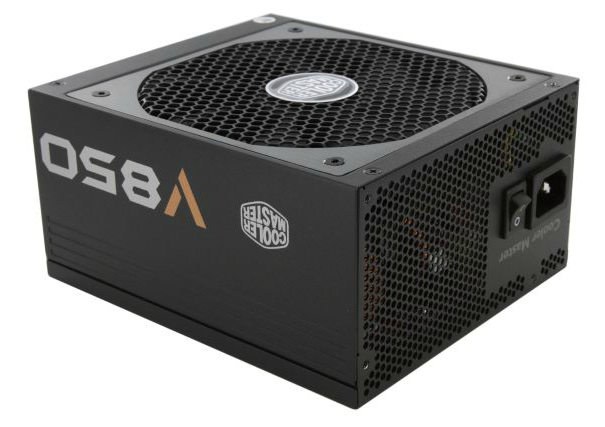 Seen from the back and branding side the matte black finish of the CoolerMaster V850 shows the more than adequate cooling and vents through the rear with a large vent are bordered by the power switch and AC connector. 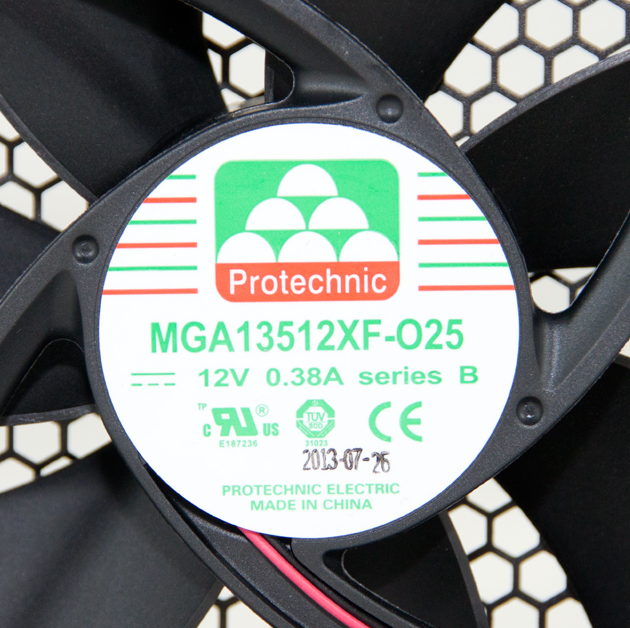 Since we mentioned fan, the fan inside the CoolerMaster V850 is a ProTechnic MGA13512XF-025 12v 0.38A and is the 135mm type giving more airflow and a more silent operation than models with a 120mm Fan. 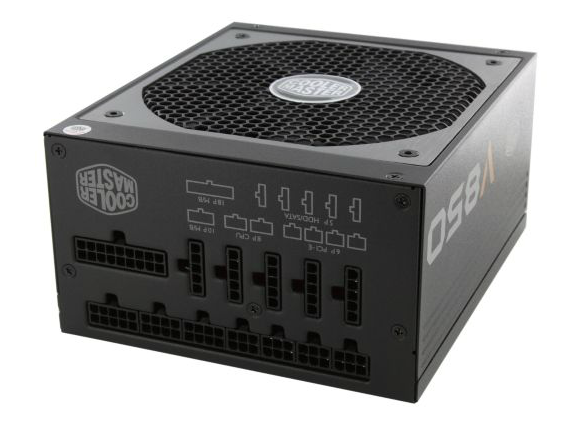 Getting to the business end of the CoolerMaster V850 you have the (motherboard side) 24 pin power connector which is split into two connectors on the V850. The 20 pin connector and the 10 pin connector below it leads to the 24 pin motherboard side connector a design we are seeing for the first time. With a vertical orientation you have the 5 sata / Molex connector slots, two 8 pin (both are 4×4) CPU power connectors and 6 PCI-E. Six PCI-E should be plenty if your running small two connector cards you can run up to 3 cards, watt monster GPU’s you should probably stick to two or go for a 1000w or higher PSU. We generally prefer to leave one cable per GPU connector to avoid potential under volts on our usually large GPU’s. 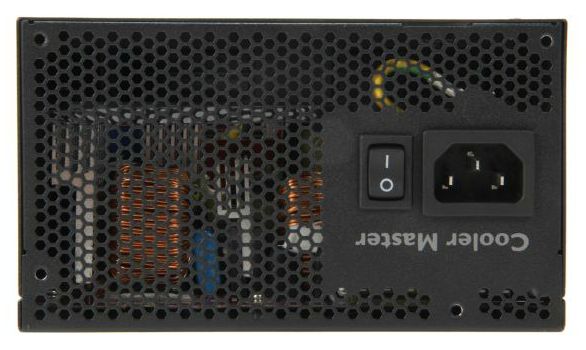 Full back picture shows the hidden circuitry and honeycomb shaped heat vents. Like all modern well constructed power supplies it is an active PFC power supply. Look at the back of your power supply and if you see a 115 / 230 orange slide switch quietly but quickly turn off your machine and buy a real PFC power supply. Generally power supplies with the 115 / 230 switch are old stockpile non Active PFC and you have to select the input voltage manually. 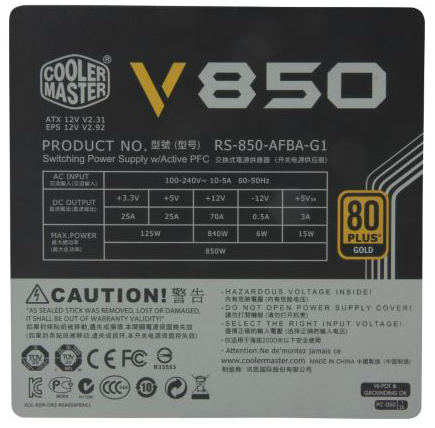 Here’s the specifications sticker and you can see that there’s a single large 70A +12v rail capable of pumping 840W of highly filtered power into your gaming shrine. 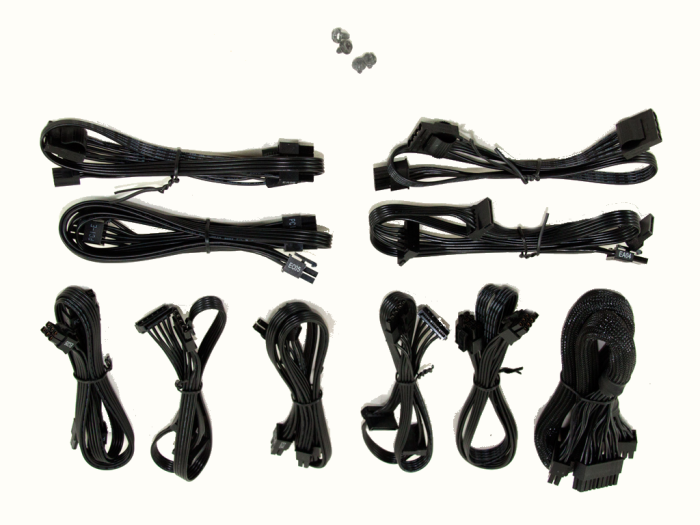 So now that we have the prerequisite table to talk about we have a 600mm long 20+4pin mainboard power cable nicely shielded in a cloth / synthetic material as are all the wires. Then we have two 4×4 CPU power connectors 680mm long (an extra 80mm on the 24 pin power connector wouldn’t hurt our feelings for super towers). There’s a generous 6 PCI-E cables but at this wattage two large cards and maybe a physics card are the limit. Small cards have one connector but usually limited to 2x SLI for Nvidia for Xfire you should be able to run 3 cards if they aren’t Watt monsters.  There are 9 sata connectors, 2 molex and a 4 pin floppy.

For protections you get:

The rest is pretty normal except for the 5 year warranty which is the longest Warranty we’ve seen to date.

The most important rail is the 12v and it runs as a single large rail with a 70A capacity and pushing 840w.

Jump to section 2. My Review and upgrade experience with the XFX RX 5600 XT …

The CoolerMaster V850 has excellent voltage regulation in the 1% variance range and an efficiency of above 90%. This Power supply truly deserves a Gold Rating.