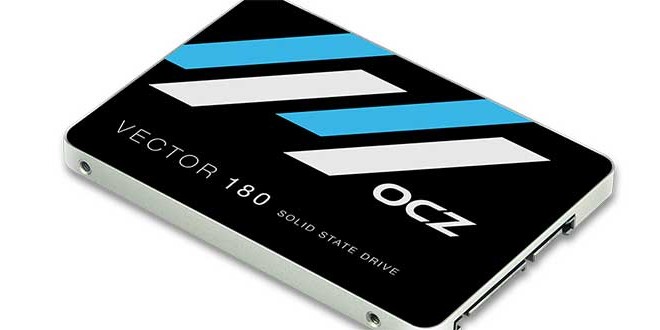 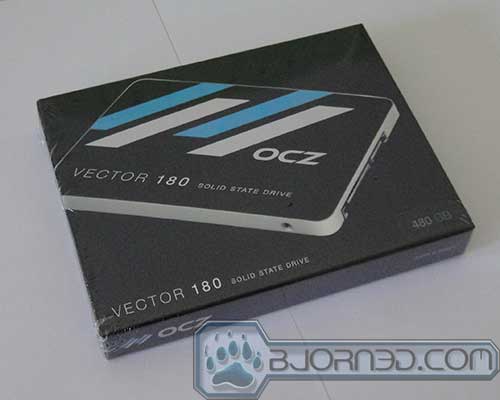 The Vector 180 is the successor to the Vector 150 that OCZ released in 2013. The Vector line of SSDs is designed for the enthusiasts as it often carries higher endurance rating and warranty. The original Vector 150 paired OCZ’s own in-house Indilinx Barefoot 3 M00 controller with Toshiba 19nm MLC NAND. The successor, the Vector 180, is actually quite similar to the older drive where it is still using the same Indilinx Barefoot 3 M00 controller but instead of the Toshiba 19nm MLC NAND, it uses the second generation Toshiba A19 NAND that delivers higher bandwidth at smaller die area. 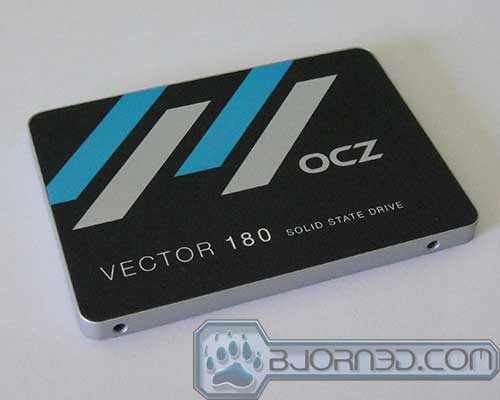 OCZ is no strangers to upgrading a drive with a newer fabrication process NAND. We have seen the company do this ever since the Vertex 2 era. The fact that the Vector 180 comes with the same Indilinx controller can be somewhat disappointing to some. However, the reality is that SATA SSDs have matured where the performance is limited by the 6 Gbps interface as oppose to the controller. The upcoming drives with SATA Express and the PCIe based M.2 interface would definitely need a new controller but for the SATA-III interface, the Indilix Barefoot 3 should not have any trouble to get the job done.

The benefit of pairing a well-tested controller with the 19nm fabrication process NAND is that not only will it help to reduce a drive’s power consumption but also help to ensure that the drive is reliable. Since the controller has been on the market for a while and endured real-world testing over the last couple of years, most of its kinks and bugs should have been discovered and fixed by now. So the Vector 180 should be a reliable drive.

Feature-wise, theIndidinx controller is still quite capable compare to many of the today’s drive. It features BCHECC correction up to 44 random bits/1KB, SMART, AES-256 encryption, TRIM, and idle time garbage collection. Sadly, due to its age, it is missing the TCG Opal 2.0 and IEEE-1667 compliance, aka MicrosofteDrive standard. While such feature would be more geared toward enterprise market and not desktop market, it is a feature that many of the current generation drives already support nonetheless. This means that for those who wish to useeDrive would need to look elsewhere (eDrive is a security storage specification defined by Microsoft for use with BitLocker. It is based on the TCG OPAL and IEEE 1667 specifications.). 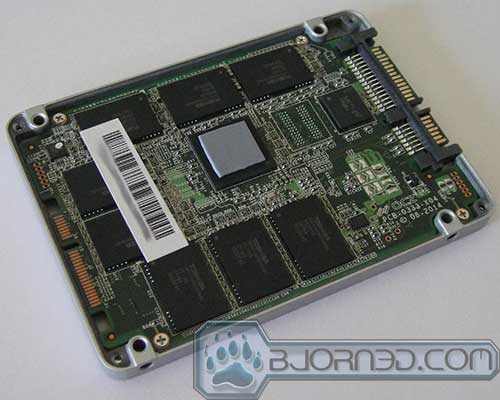 OCZ continues to use the metal case as the to help cool the controller.

With the Vector 180, OCZ has decided to introduce the 960GB capacity drive for the first time. This is achieved with the 16GB NAND die; whereas all of the lower capacity drives uses the 8GB die. The Vector 180 is available in storage capacity of 120GB, 240GB, 480GB, and 960GB. 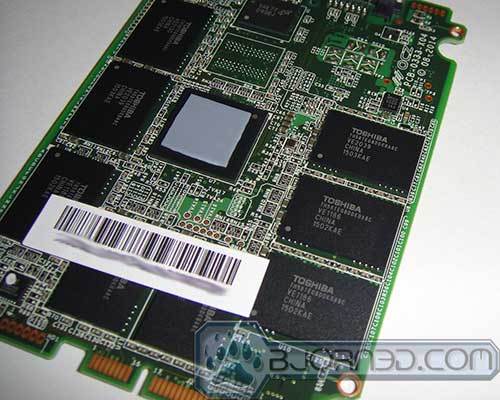 The Vector 180 continues to use a standard 2.5” PCB size. For our 480GB review unit, the 16 Toshiba A19 NAND devices (TH58TEG8DDKBA8C) are placed evenly on the both sides of the PCB board with eight devices on one side and eight devices on other side. Two 256MB DRAM (Part number 5AE77 D9QBJ) running at DDR3-800 are used for cache with chip one on each side of the board. 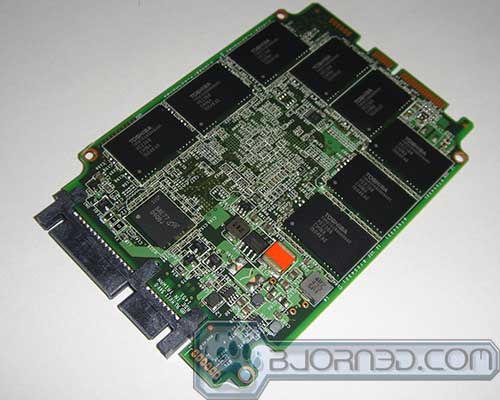 One feature added to the Vector 180 is the Power Failure Management Plus (PFM+). This feature detects power anomalies and helps protect the SSD from “bricking’ while safeguarding at-rest data. In-flight data, unfortunately, is not protected. The firmware logic and small amount of capacitance on the SSD guard potential data loss by detecting power anomaly. In the event that a power anomaly is detected, the capacitors on the drive will serve to power the drive to protect system-critical routines where the firmware creates a new mapping table shots and writes it to the non-volatile flash before the drive is shut down. The drive also will periodically creates snapshots of the mapping table and saves them to flash.

This feature is not a full pledge power loss protection that is found on many of the enterprise drives as it only protects data that is already stored on the SSDs. This does not protect the data temporarily stored on the DRAM and not yet finished written to the drive. So, data loss could still occur. However, the idea here is to protect the drive’s mapping table so that a sudden power loss would not render the drive inoperable which results in completely loss of any data stored on the drive.

OCZ backed the Vector 180 with 5 year warranty. The drive has an endurance rating of 50GB/day of host writes for 5 years, significant more than what you would expect from a budget SSDs typical 20GB/day write. However, it is still a bit short of what Samsung has offered with their 850 EVO 30TB per year rating (vs 18TB on the Vector 180). Despite this, it is still plenty for a typical desktop system.

OCZ started the ShieldPlus Warranty when it introduced the ARC 100. The Vector is the latest drive that is protected under the ShieldPlus program, making this the third drive (ARC 100, Radeon R7 drive, and the Vector 180) to be covered. Under the ShieldPlus, OZ will offer no hassle warranty exchange program where all you got to do is provide them with your serial number. Then they will ship you a brand new replacement unit first with a prepaid return label that you can use to return the defective unit. This is a very nice program and so far OCZ is the only company that is providing such coverage. 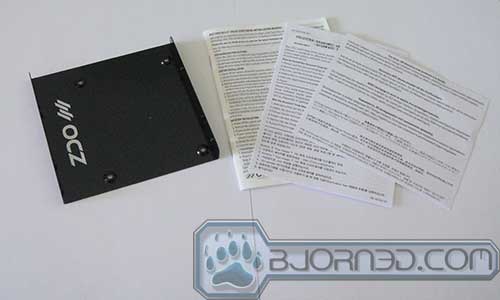 OCZ shipped the Vector 180 with 3.5” desktop adapter bracket. While most desktop would not have problem installing the 2.5” drive, the fact OCZ still includes such adapter is nice. In addition, the Vector comes with Acronis True Image HD where you would have to download from OCZ’s site and activate it with the key included with the drive. In addition, it also comes with an updated software utility called OCZ Guru.