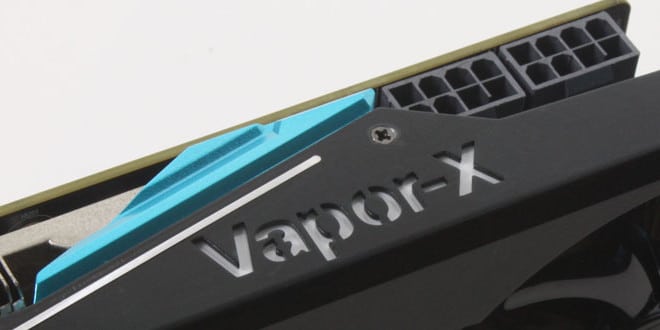 AMD just lets you set the clock and power target percentage and your off to the races. Sapphire offers the Trixx app for overclocking or you can use any other app should you want to overclock the card with everything available on the market it really is as simple as choosing which you want to use.

The Sapphire Radeon R9-280X VaporX comes out of the box with a 1100 GPU clock which is quite a bit above the reference 1GHz clock speed. being taht this card is a step back from the top end super binned toxic I kind of had an idea for where this would end up.

Overclocking the VaporX was as easy as any other AMD R9 card and it pulled right up to the 1190mark which is where it stopped, would the VRM of the Toxic have given me more? Probably not and honestly even the Toxic model  only pulled 1230 so the VaporX is not really far off pace here.

Next up was memory which comes stock clocked at 6000MHz and being some good IC’s I had some very high hopes for its capabilities. The memory capped out at 6800MHz which is pretty good but not as far as I thought it would go.

The GPU overclock came out to a little over 8% over an already very high clock and the memory topped out at a little over 13% at 6800MHz which is nothing to scoff at.

The GPU from past experience can put out some serious heat and when testing the new VaporX card I was pretty sure I would see a few degrees better than the 68C loading I saw on the Toxic but in no way was I prepared to see it barely eclipse 61C showing a full 7C drop in extended heavy load testing. Not only that but the triple matched fans were nice and quiet during the test runs. 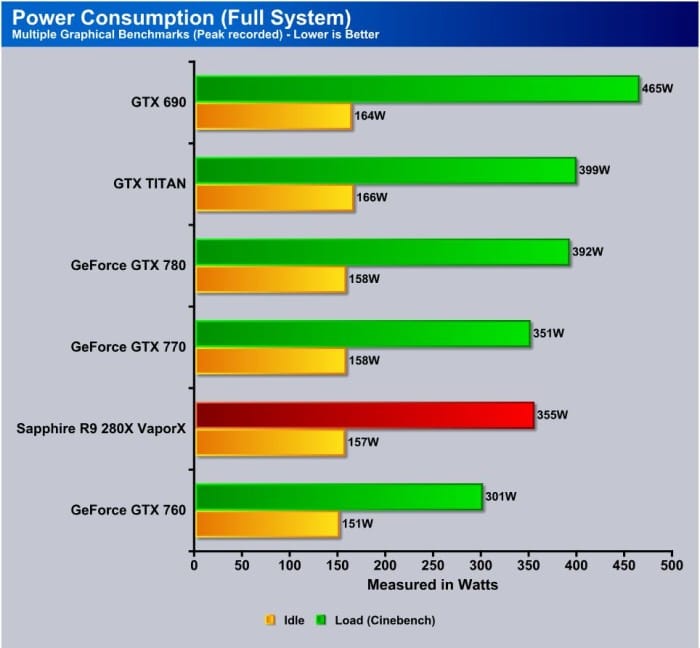 The Toxic card pulls about even with the 770 and 780 in idle power but pulls about 4 watts more under full gaming loading. This is something I hope AMD fixes in future GPU generations is the power efficiency as sometimes these cards simply gulp down power.