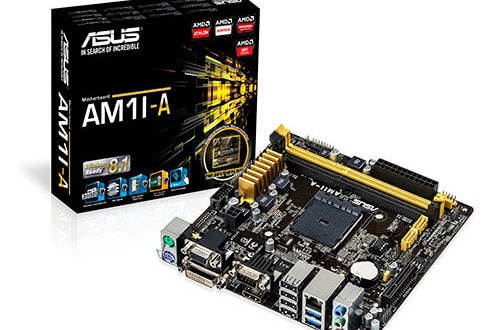 AMD launched two new motherboards, the AM1M-A and the AM1I-A, for the latest AMD Am1 socket SoC (ie Kabini) Athlon and Sempron series APUs. These motherboards will feature ASUS 5X Protection safeguards against short-circuits and electrical surges with technology such as DIGI+ VRM. They will come with USB 3.0 Boost with UASP module and UEFI BIOS. 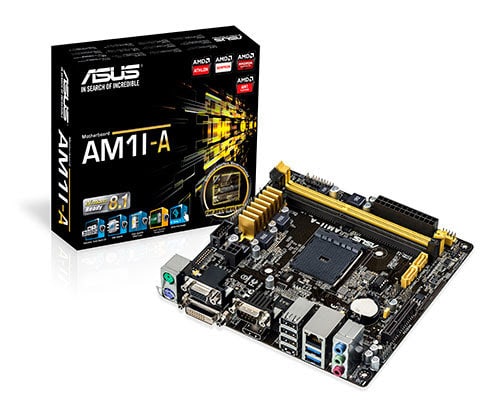 The AM1M-A board is micro ATX form factor while the AM1I-A is the mini-ITX form factor. Both boards have two DIMM slots that supports DDR3 up to 32GB. While the micro ATX board has one PCIE 2.0 x16 slot that operates at x4 speed, the mini-ITX board has PCIE 2.0 x4 slot. Both boards will have HDMI, DVI-D, and D-Sub for multi-monitor support. They will also have one Gigabit Lan courtesy of Realtek 8111GR, 8 channel audio, two SATA 6 Gbps ports, eight USB 2.0 ports, TPM header, and one LPT header. The AM1M-A comes with four  USB 3.0 port (two rear and two front) while the AM1I-A only comes with two ports on the rear. However, the larger board comes with one COM header while the mini-ITX comes with one rear and one internal header.

No information on the pricing on either one of the boards. Expect to see these boards hit the retail shelves in early April.