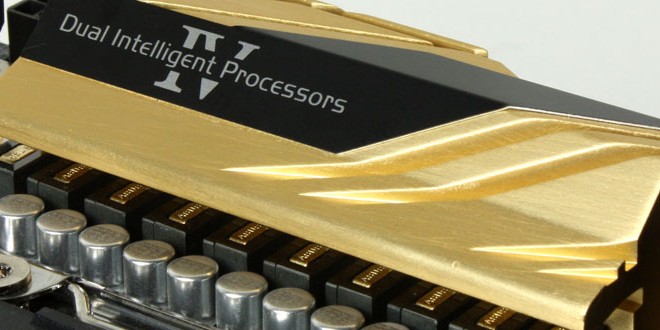 Prefetch tries to predict what users will load the next time they boot the machine by caching the relevant files and storing them for later use. We want to learn how the program runs without any of the files being cached, and we disable it so that each test run we do not have to clear pre-fetch to get accurate numbers. Lastly we disable Superfetch. Superfetch loads often-used programs into the memory. It is one of the reasons that Windows occupies so much memory. Vista fills the memory in an attempt to predict what users will load. Having one test run with files cached, and another test run with the files un-cached would result in inaccurate numbers. Again, since we can’t control its timings so precisely, it we turn it off. Because these four features can potentially interfere with benchmarking, and are out of our control, we disable them. We do not disable anything else.

The X79 platform is admittedly aging now and im sure even though nothing has been confirmed that within the next calendar year it will be replaced as the feature sets for the mainstream have simply gotten too far past the Enthusiasts side now.

Overclocking on this board is similar to what we have gotten used to on previous X79 expeditions and it’s simply a matter of finding the setting your chip is happy at. For me and our test speed I found that the X79 Deluxe could set the CPU at 1.31Vcore in the UEFI and run fully stable however as you push farther I did see the need for voltage was increasing much more quickly but thats not the boards fault but the chip simply needing more to run.

One cool thing to note is that the new 4 Way optimization tool stress tests and auto overclocks your system based on temps observed and internal stability tests to find an optimal setting for your rig to take some of the guess-work out of the equation. However upon testing I did find that the auto clock was a bit generous on voltage and once It settled in on final closes I was able to adjust volts down a bit to get even better temps at a nice clock. However the level of clock you see will definitely be largely based on your cooling so if you are running a huge custom loop liquid cooler you can expect to see some very nice clocks whereas just a mid range air cooler will likely not reach nearly as far. 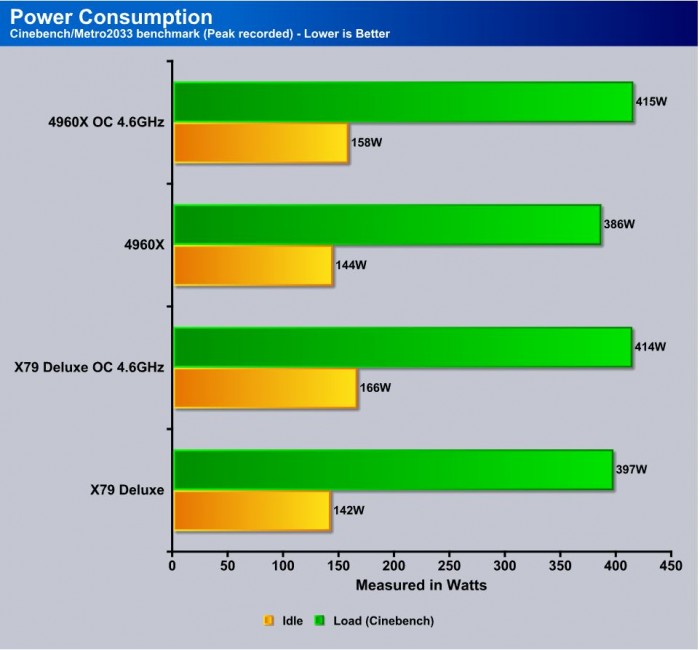 The power consumption is measured full system with loading and to my surprise this board held ground really well with the previous Rampage IV Extreme model. only using slightly more in stock speeds but once both were overclocked it seemed to settle a bit below which tells me there is some built-in efficiency in this board. 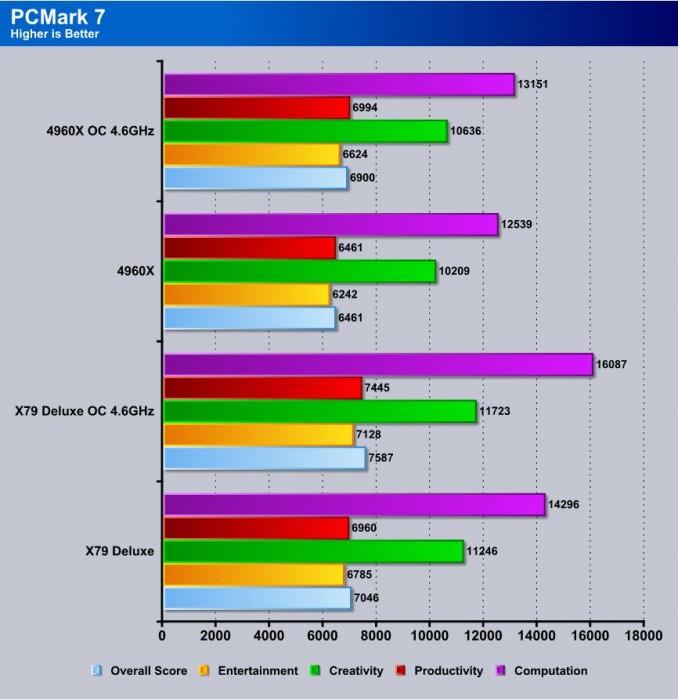 In PCMark you can see definite efficiency increases across the board while they are not staggering they are quite good and actually pretty close to what we saw from the Black Edition model. 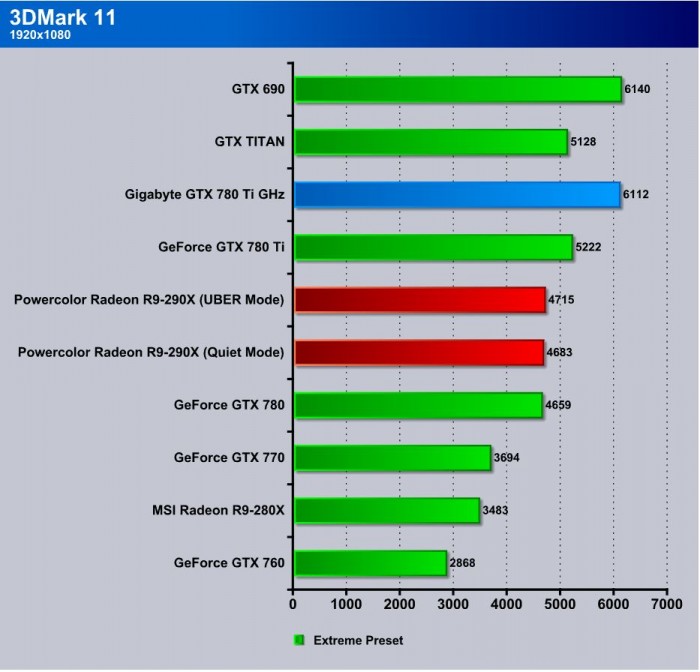 3D Mark shows and improvement on the performance for a synthetic gaming benchmark and for the motherboard overall I try to focus on the Physics scoring which as you can see is quite close in stock mode but once overclocked the lead is a bit more pronounced for the optimized Deluxe board. 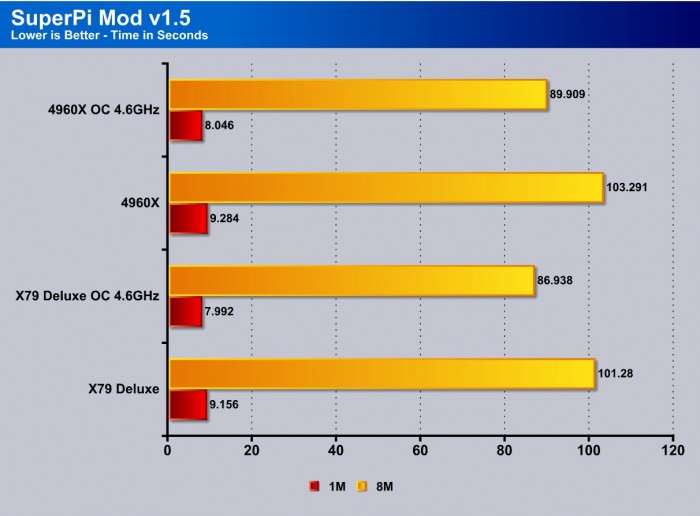 The Superpi bench while old shows efficiency improvement pretty well and offers repeatable results. Here you can see that when doing the Pi Calculation it pulls a bit quicker score averaging about a 2% improvement at stock speeds and a 4% increase when comparing overclocked speeds. 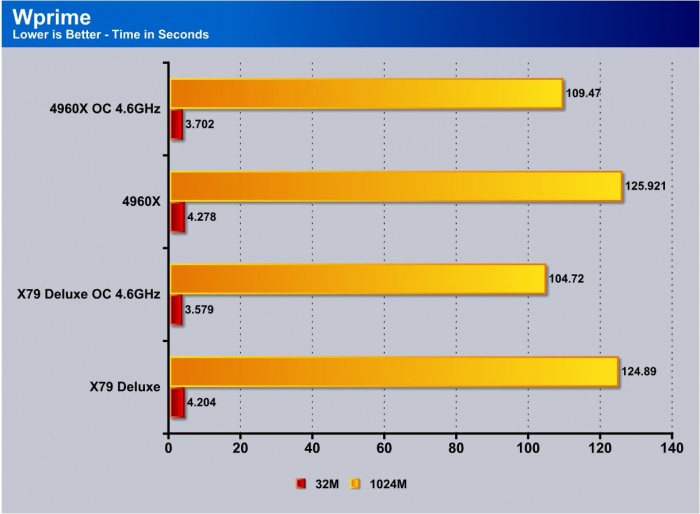 WPrime is similar to Superpi, but is multi core aware and you can set the core count. We used 12 Core setting to take advantage of full hyperthreading or logical cores for the CPU and the stock result was about 1% improvement for the deluxe with the overclock result showing approximately 4.5% improvement which shows pretty accurate scaling from test to test and its obvious that as you push the speeds up the board true capabilities really begin to shine. 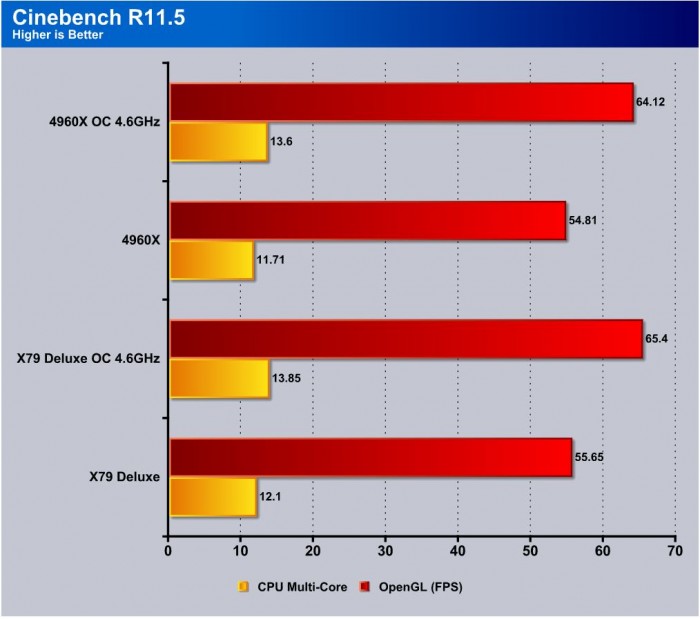 Here you can see where the high-end rendering work can be done. here the 4960X on both platforms chews through the rendering load although there were measurable gains with the new Optimized deluxe board with almost 2% on the overclocked result and almost 4% improved on the stock result so a bit reversed from last time but still an improvement nonetheless. 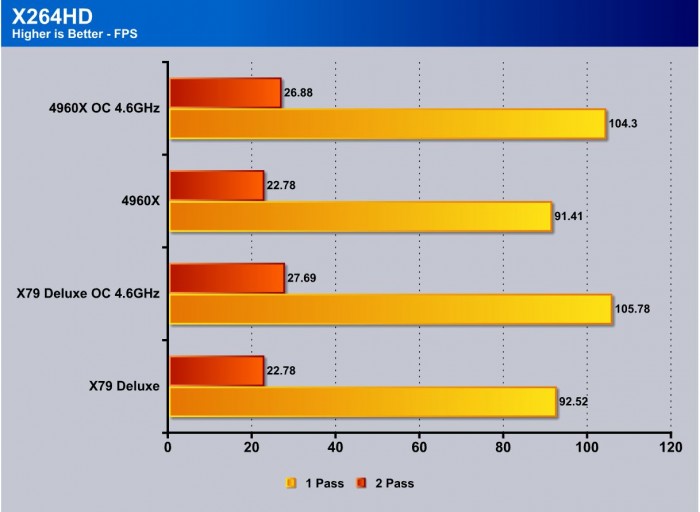 Transcoding has become more popular now and the latest Sandy Bridge processor added support for AVX instruction for faster video transcoding. Once again here you can see that the ability to do work is definitely more efficient on the Deluxe board and this means as jobs are queued for this rig it will be able to complete more work and scale further and faster due to the optimizations. if used in a productivity rig in a professional application this could not only save time but money on jobs. 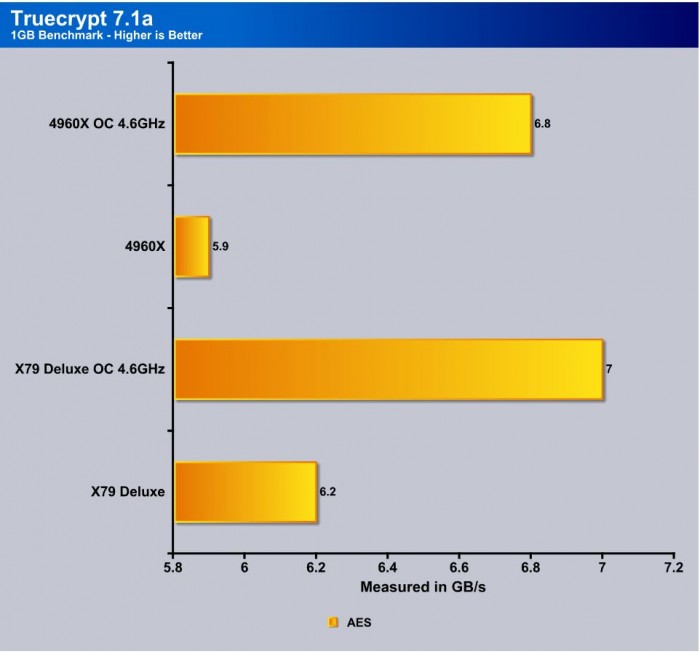 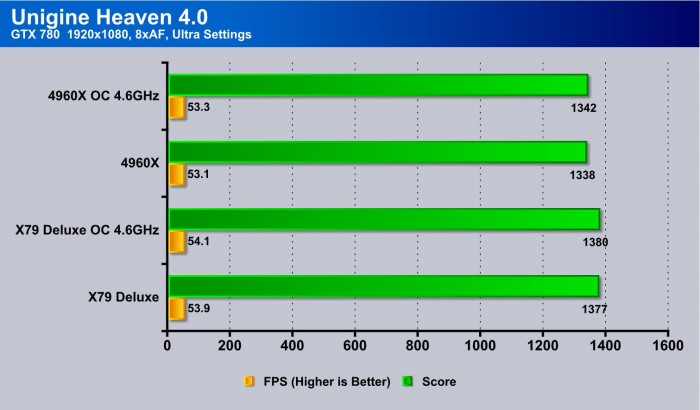 Unigine Heaven is simply a heavily loaded graphical benchmark and this shows us any improvements you might see in a 3D app such as gaming and the like. as you can see we get about a single FPS improvement which is not huge but as card counts increase this could actually increase as well. 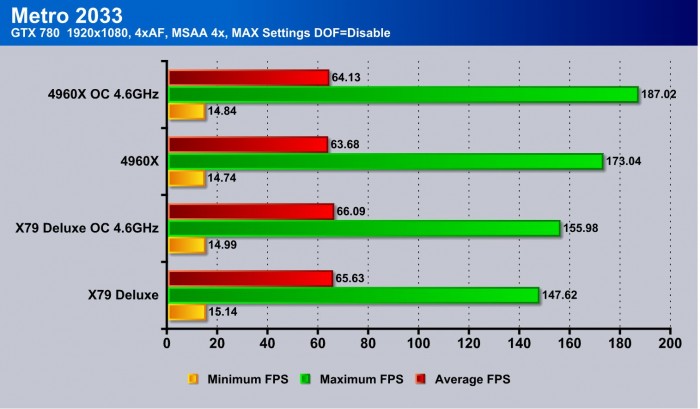 Once again, Metro 2033 shows that the gains are not huge but they are there netting about 1-2FPS on the average FPS, and now I am interested to test multi card to see if it scales further when pushing more GPUs 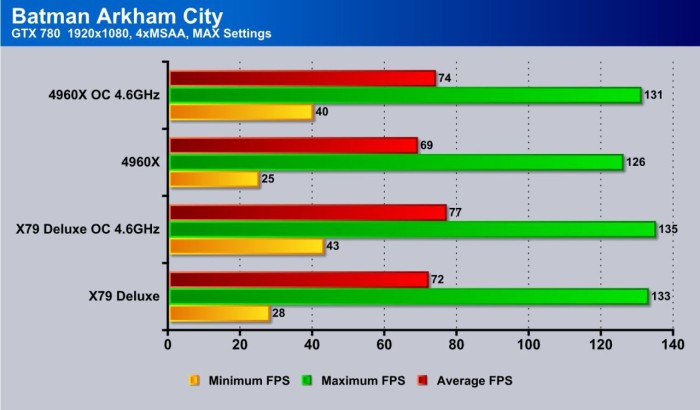 Here again we see a few FPS racking up and actually this is quite surprising as testing Z87’s tended to yield very similar results as the PCIe bandwidth did not seem to be any improvement but its obvious something within the board tuning is allowing a bit better performance to eek out in this new Deluxe board. Possible it may even go down to the actual board internal timings itself. 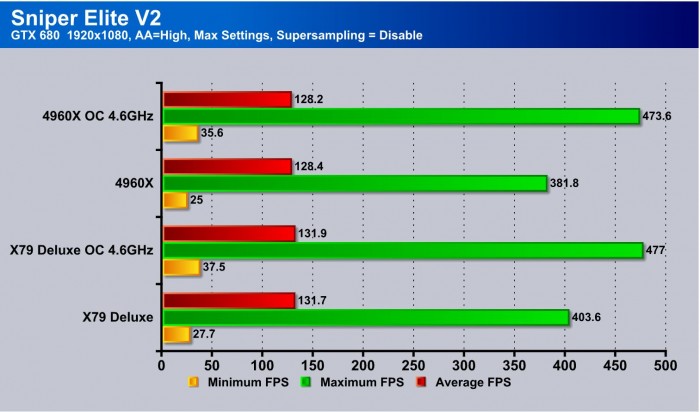 The deluxe shows again a couple FPS and even scales similarly as the OC doesn’t seem to help in any measurable way yet the results still gain a solid 3FPS changing to the deluxe board.

The X79 Deluxe aims to breathe new life into the aging enthusiasts platform and with its optimizations and feature set it really makes a difference!

The X79 Deluxe aims to breathe new life into the aging enthusiasts platform and with its optimizations and feature set it really makes a difference!