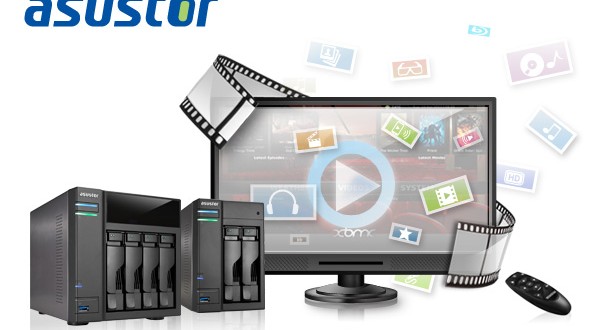 ASUSTOR launched a new A3 Series NAS that features Intel Atom 1.6 GHz dual-core processor. The NAS also equipped with 1GB of DDR3 memory, USB 3.0, Audio Jack, HDMI output, and IR Receiver. The included IR receiver turns the NAS into a powerful media player when paired up ASUS remote control to playback media stored in the NAS directly to any HDMI devices with XBMC App. The A3 series NAS will come with ASUS Data Master 2.0 (ADM 2.0) operating system. The A3 will feature 2 bay (AS-302T) or 4 bay (AS-304T) models. 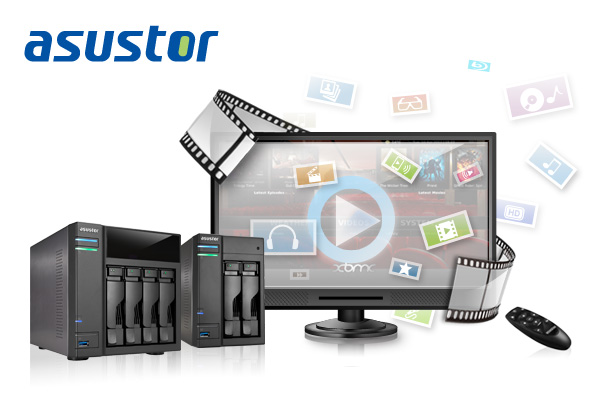 Taipei, Taiwan, July 15th, 2013 –ASUSTOR Inc., a leading innovator and provider of network storage solutions, has announced the launch of its brand new AS 3 Series Network Attached Storage (NAS). The AS 3 Series NAS devices feature powerful multimedia applications including support for 1080p high definition video playback and are the first devices in its class to come equipped with Intel® Atom™ 1.6 GHz dual-core processors along with 1GB of DDR3 memory. The devices in this new series consist of the 2-bay AS-302T model and the 4-bay AS-304T model. All devices boast a wealth of power saving features including internal and external disk hibernation, Night Mode and System Sleep Mode (S3). During System Sleep Mode, only 0.8 W of power is consumed, helping users to save a significant amount of energy.

With respect to hardware, the AS 3 Series was designed with multimedia and home cloud server applications in mind. In addition to its HDMI interface inherited from ASUSTOR’s AS 6 Series, the AS 3 Series features an infrared receiver and 3.5 mm audio jack giving users added convenience and flexibility for multimedia applications. After installing the XBMC multimedia player App from ASUSTOR’s App Central, users will be able to use the HDMI interface to play audio and video from the NAS directly to any HDMI ready display. Further pairing XBMC with the ASUSTOR remote control (optional purchase) will allow users to freely and conveniently control all multimedia playback from their NAS. Additionally, users are also free to play the music they have stored on their NAS by connecting it to USB speakers, utilizing the audio jack or connecting the NAS to an amplifier via HDMI.

“The AS 3 Series devices provides users with one of the top price-to-performance ratios in its class and are the only devices in the segment to feature high performance Intel dual-core processors and audio jacks,” said Johnny Chen, Product Manager at ASUSTOR. “With its combination of storage, backup, file sharing and powerful multimedia applications along with an array of industry-first features, the AS 3 Series is sure to meet the diverse demands of the market while bringing users exceptional value for their money.”  (More)