A Closer Look at the MSI GTX 770 Gaming 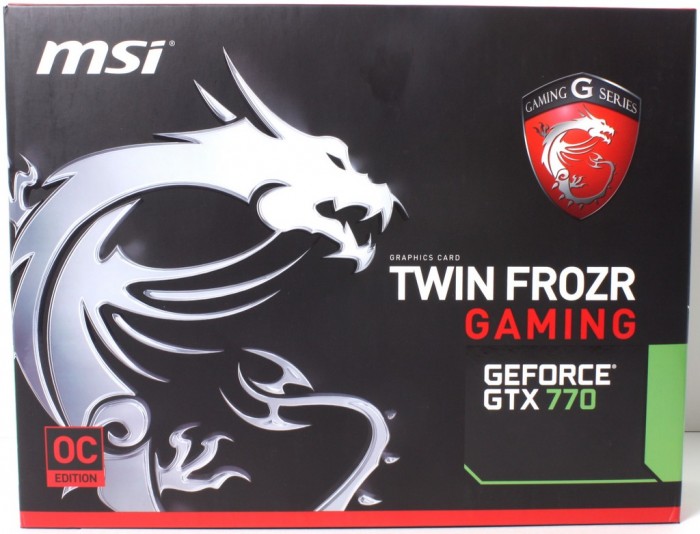 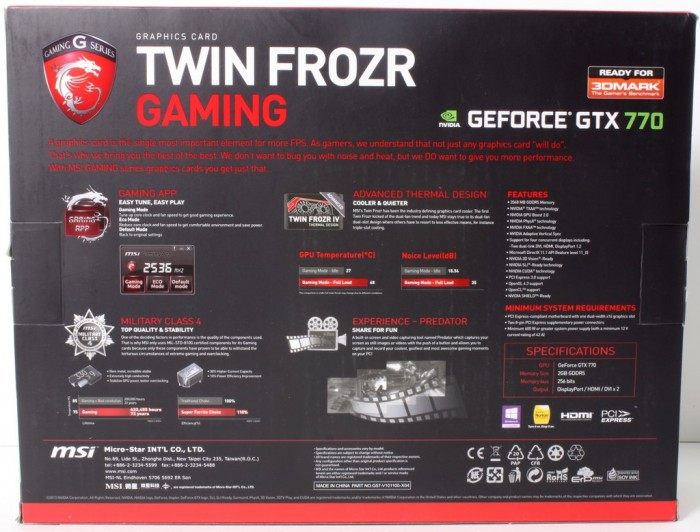 Here the gaming series cards come adorned with the Dragon and the shield/crest for the Gaming series products otherwise not a lot of spec info just simply saying what it is. We like this it is eye catching and lets you know its something special. It is one of the more attractive packaging designs we have seen honestly as it tends to jump out at you. The rear is a totally different animal as the specs and features are quite well covered here. 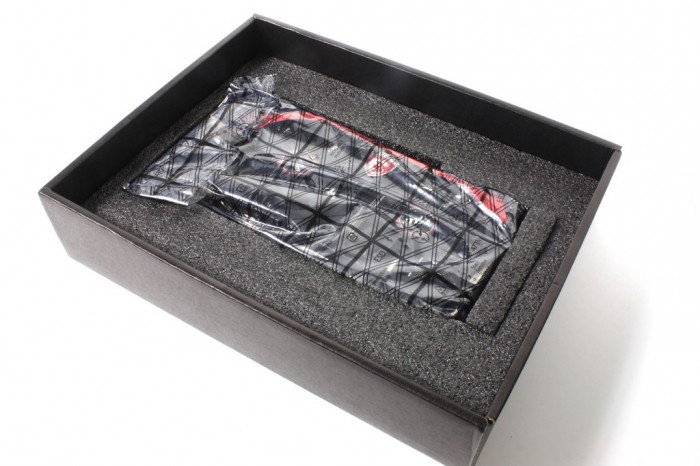 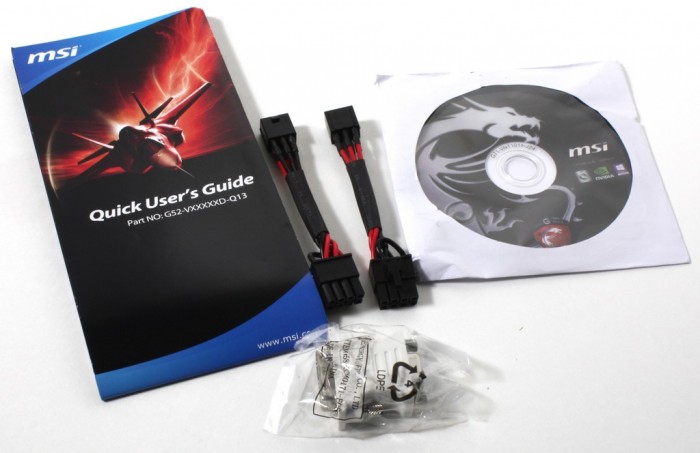 Here you see what comes in the box which is dual 6 pin to 8 p[in converters and a VGA adapter. This may seem a bit scant but it is everything needed to get the card hooked up and well theres nothing else really needed in this bundle, although bundled games usually help attract more gaming customers, something Nvidia has been good about in the past but recently has offered free online currency for some popular free to play games but nothing really replaces a solid game code in this department. 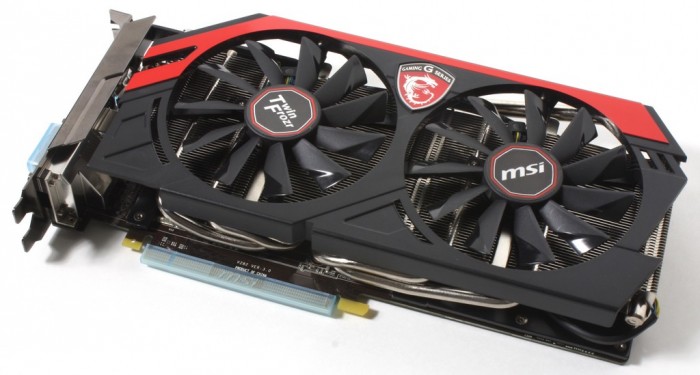 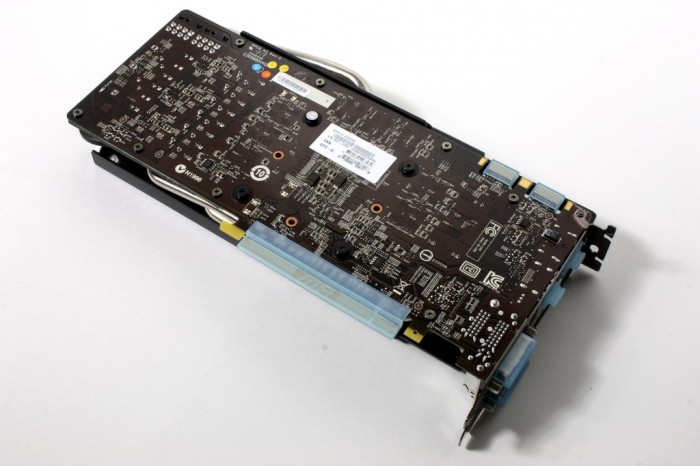 The card laid out is quite impressive as the cooler is kept at dual slot which means 3 and even 4 way SLI configurations are easily possible without encroaching on adjacent slots but the cooler is a bit taller so in a slimmer case this could be an issue. However, for most users buying a card of this level there should be no case fitment issues.

The rear of the card does not offer anything in the way of memory IC’s as the card is a 2GB model so therefore all the memory is all fitted to the front of the card. 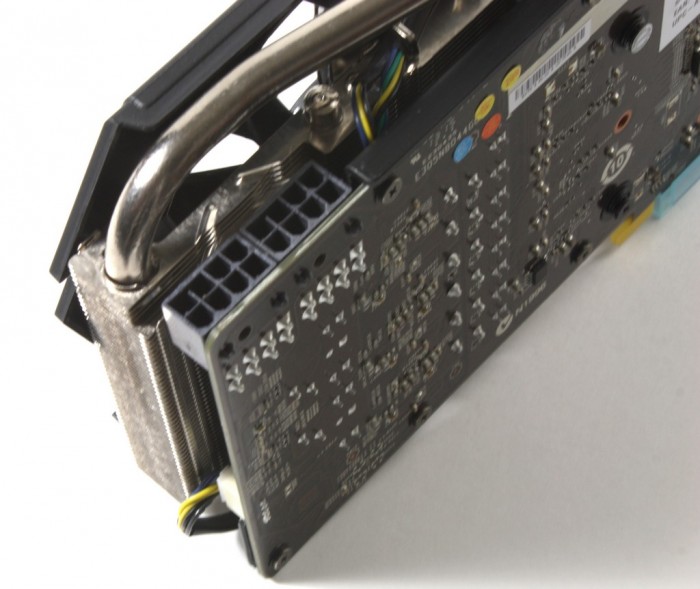 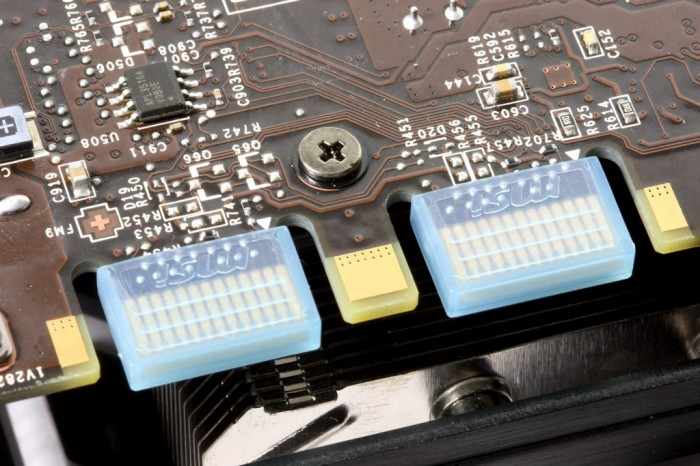 Here you see that the custom PCB MSI 770 offers dual 8 Pin PCIe connectors for some serious power capability, which is nice although we do kind of question why, since the GPU will not draw enough amperage to need that kind of power and unless it was designed to run under LN2.

The Dual SLI fingers are in place ready to run up to a 4 Way SLI configuration should you find the need for that much horsepower. 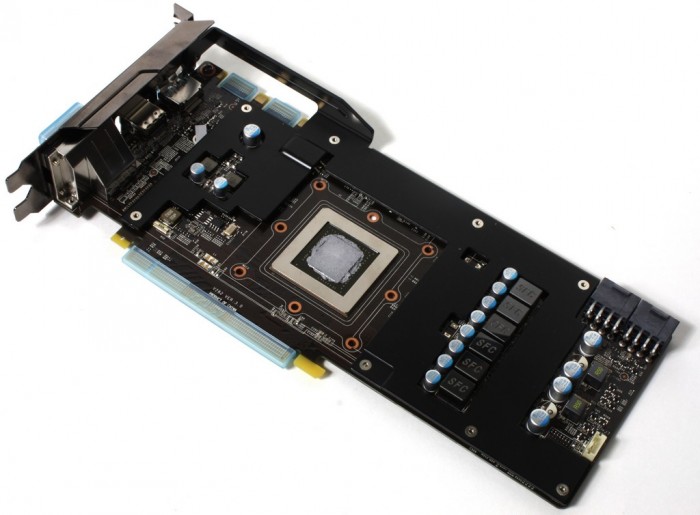 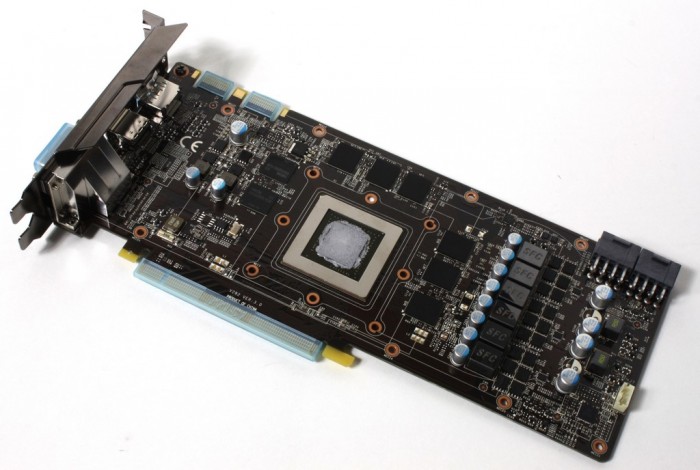 And here after popping the top we get a nice look at the stripped down cooler and the massive contact plate for the GPU. The massive heatpipes definitely are designed for some serious heat transfer and I don’t think this card will have any problem pushing some serious clocks. Looking back to the card you see the main cooler plate/frame which acts as a single piece heatsink for the memory and VRM while also pulling double duty making the PCB much more solid for a overall stronger card. Once removed you can see the memory and bare VRM comprised of the Military Class Components. 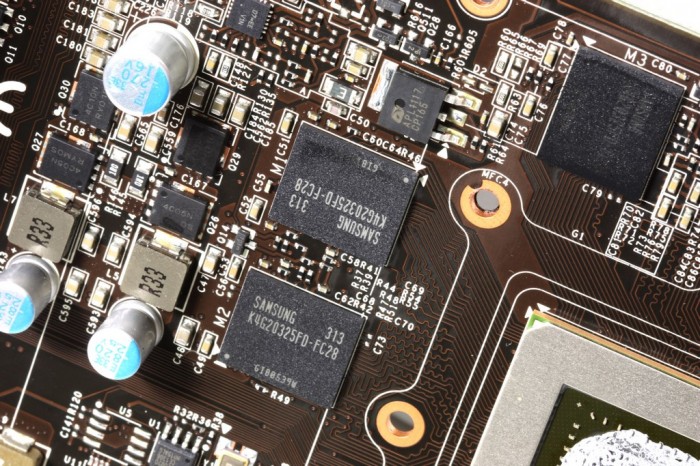 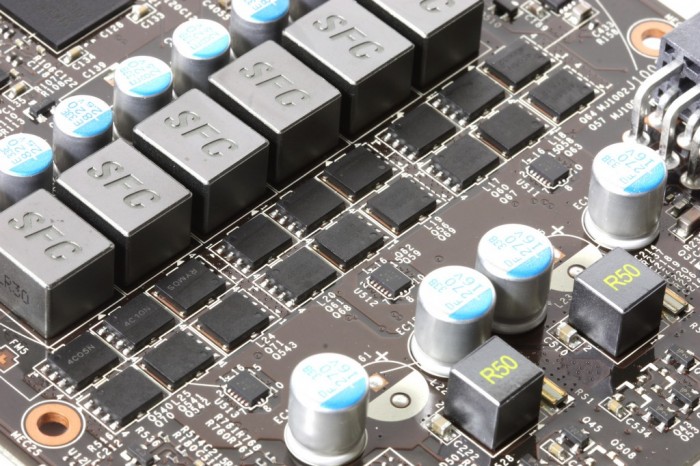 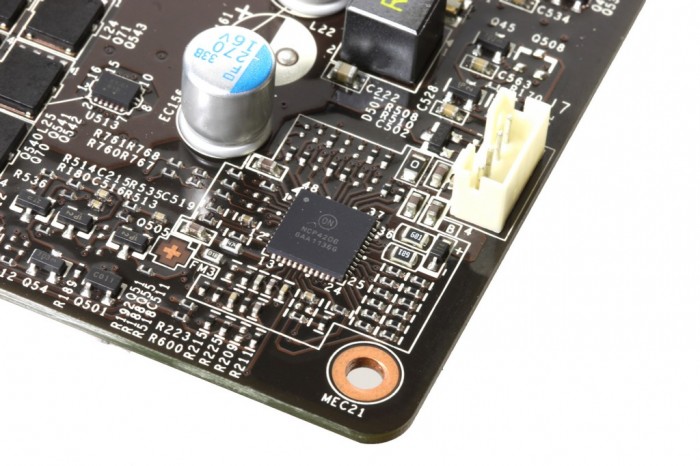 And here after popping the top you can see the memory employed is the same Samsung IC model K4G20325FD-FC28 which are 7GHz ICs which in itself is very impressive but if they clock anything like we saw on the reference model it should be absolutely nuts.

Also you can see here the custom VRM composed of the special Military Grade chokes and components which means this card should be ready for a serious beating from some long term gaming sessions.