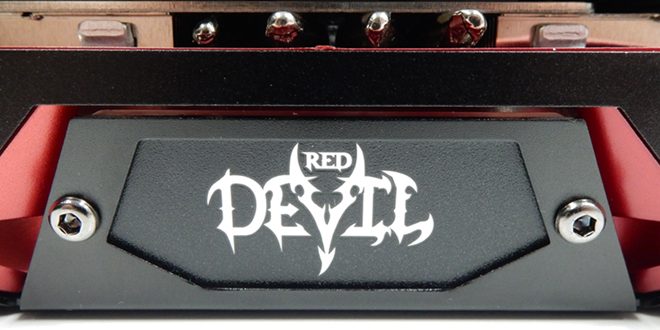 PowerColor is an AIB vendor with a long history of producing AMD videocards, and today we are taking a look at one of their RX 580 offerings. The PowerColor Red Devil Radeon RX 580 8GB GDDR5 is a factory-overclocked RX 580 featuring, you guessed it, 8GB of GDDR5. While there is a more limited-quantity  “Golden Sample” version of the Red Devil with a higher GPU clock speed, this card shares the same specifications and comes with a 40MHz boost speed increase of 1380MHz over the stock 1340MHz reference design. As AMD’s current high-end offering in the RX 500 series, the RX 580 is an updated version of the RX 480, which sees improved performance due to platform maturation and manufacturing improvements. Let’s take a look at what the PowerColor Red Devil Radeon RX 580 8Gb GDDR5 has to offer. 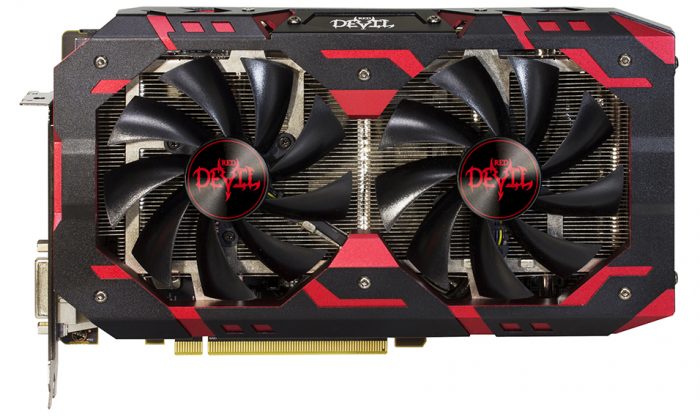 Factory Overclocked – For those users looking for a little boost, the Red Devil comes with a 40MHz boost speed increase from the stock 1340MHz up to 1380MHz. We took things a bit further with our sample, and nearly reached the 1425MHz of the Golden Sample units from PowerColor. Keep reading to see just how far we made it, and the performance increases we saw. The Red Devil also has a two-way switch on the PCB that allows you to swap to a lower clock of 1355MHz for a quieter experience.

Mute Fan Technology – PowerColor designed the cooling solution on the Red Devil RX 580 with enough headroom to allow the fans to come to a stop when below 60C. When using a PC equipped with the Red Devil for non-gaming tasks, the silence of this card is a great feature.

Metal Backplate – For added protection and support, the Red Devil features a 1.5mm backplate, with a brushed finish and cooling holes for components below. The backplate is also home to a pentagram-style design, which suits the name of the card, but may be found offensive to some potential customers.

With demand for GPUs at an all-time high thanks to cryptocurrency mining, the PowerColor Red Devil Radeon RX 580 will provide competitive performance, if you can find one.