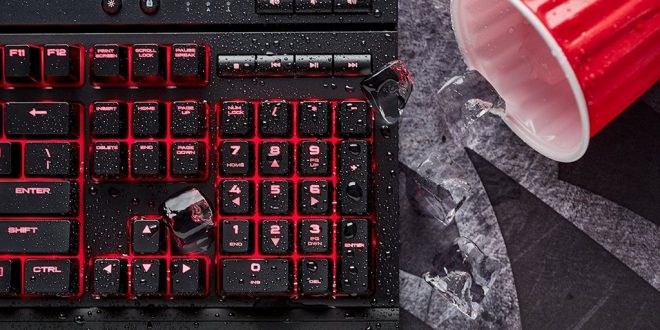 What is Ingress Protection (IP) rating and what does it mean for the K68?

“The IP Code (or International Protection Rating, sometimes also interpreted as Ingress Protection Rating*) consists of the letters IP followed by two digits and an optional letter. As defined in international standard IEC 60529, it classifies the degrees of protection provided against the intrusion of solid objects (including body parts like hands and fingers), dust, accidental contact, and water in electrical enclosures. The standard aims to provide users more detailed information than vague marketing terms such as waterproof.
The digits (characteristic numerals) indicate conformity with the conditions summarized in the tables below. For example, an electrical socket rated IP22 is protected against insertion of fingers and will not be damaged or become unsafe during a specified test in which it is exposed to vertically or nearly vertically dripping water. IP22 or 2X are typical minimum requirements for the design of electrical accessories for indoor use.” 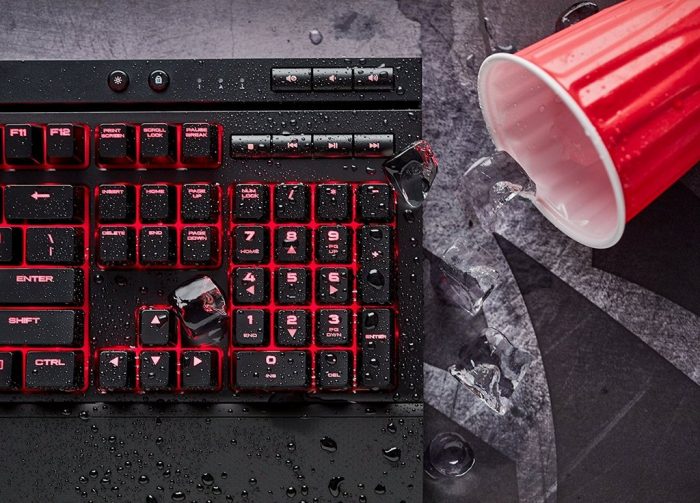 The first digit indicates the level of protection that the enclosure provides against access to hazardous parts (e.g., electrical conductors, moving parts) and the ingress of solid foreign objects.

Protection of the equipment inside the enclosure against harmful ingress of water.

How Resistant is the Corsair K68? 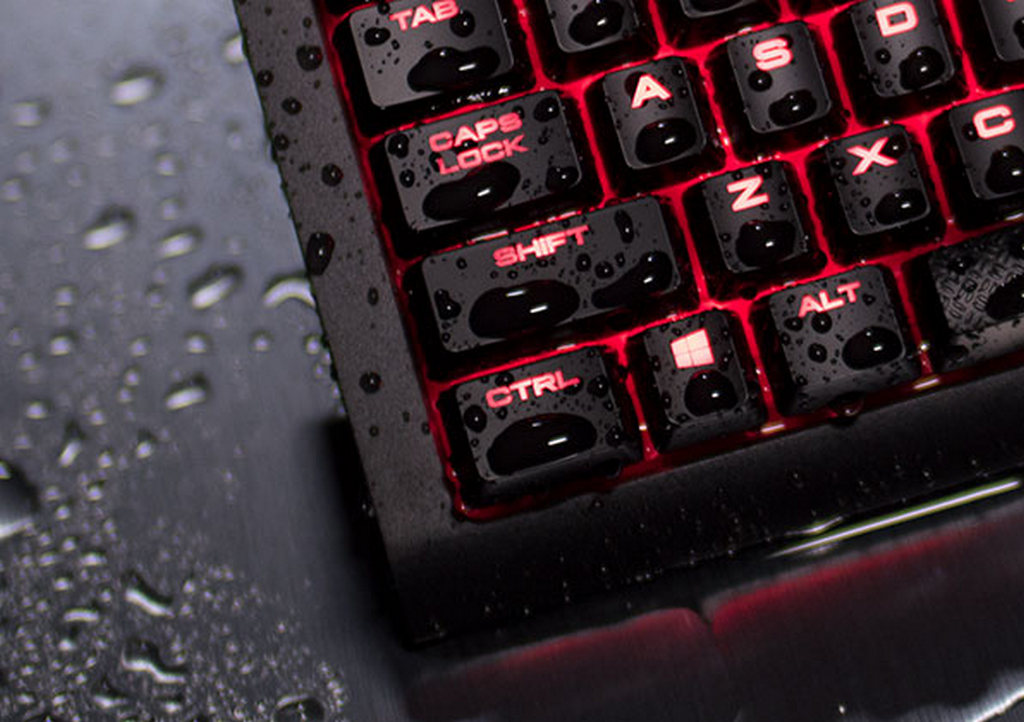 The K68 has an IP rating of IP32. Using the data charts above we can get a look at exactly what level of resistance we can expect from the K68.

With the first digit being a 3, this tells us the K68 is protected against:

The second digit in the K68’s rating is a 2, in relation to liquids this tells us:

So there it is, the K68 has a fair amount of protection for being a keyboard and the highest IP rating on a peripheral that I’m currently aware of. Please take any notions of the term “waterproof” and throw those out the window. The K68 is tested specifically to certain ratings so consumers can know exactly what to expect. Don’t go tossing this thing in water to test it and then bark at Corsair because it died of submersion.

IP32 resistance rating puts the K68 in a class of its own.