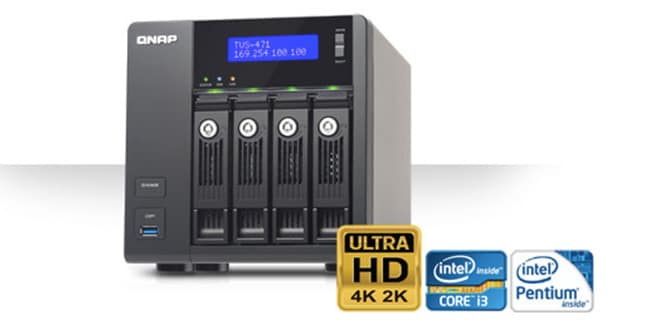 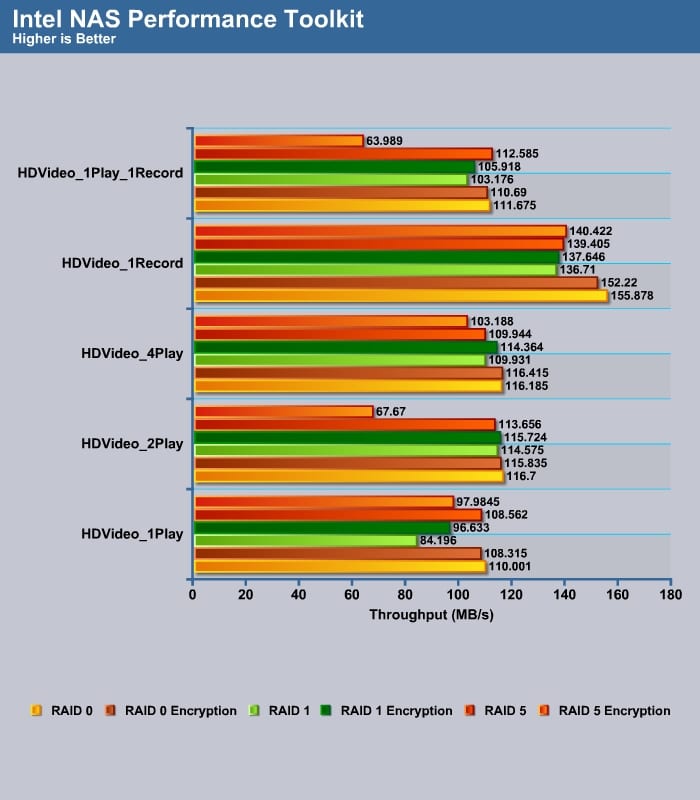 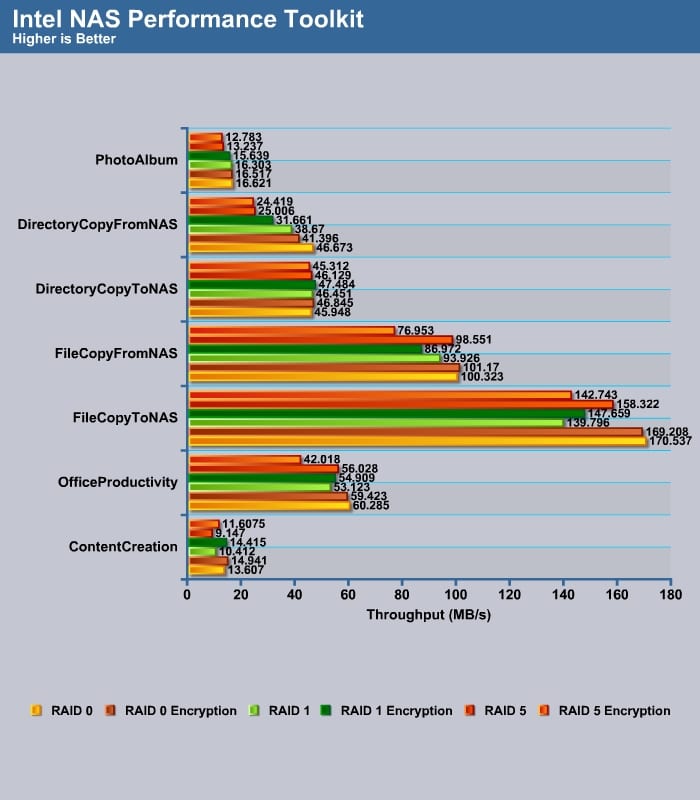 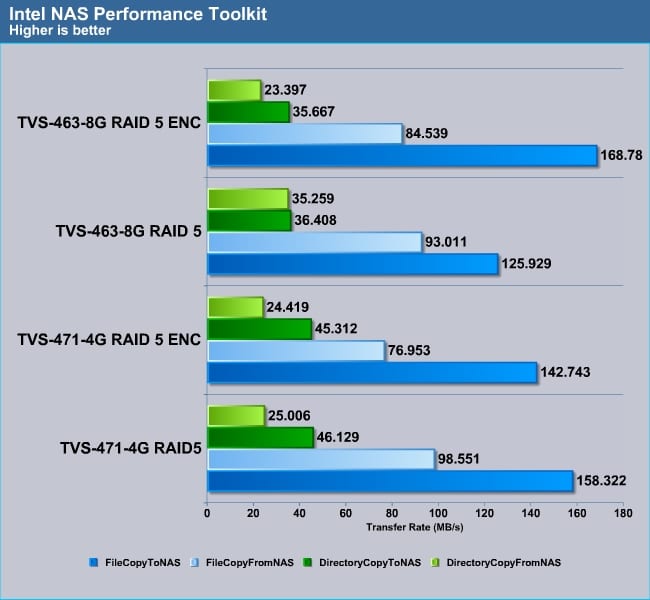 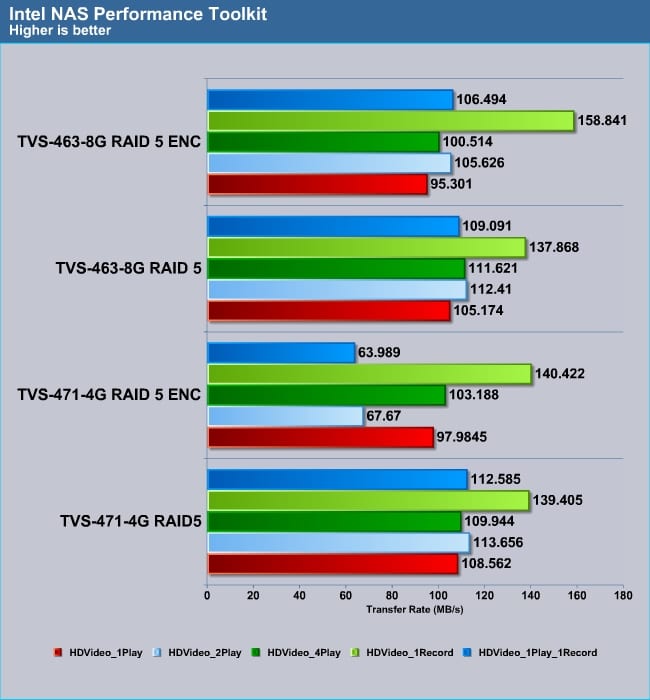 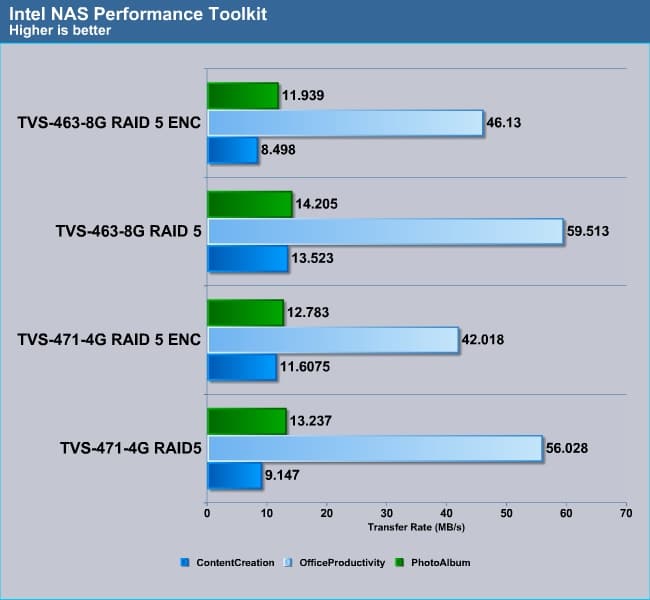 We put the TVS-471 against the TVS-463 to see how the two 4 bay units performs. We are only showing the RAID 5 data here. AS you can see, the Intel system is edging out the AMD system by a small margin. Interestingly, with the RAID 5 encryption, the AMD unit even comes on top for workloads that writes data to the NAS. 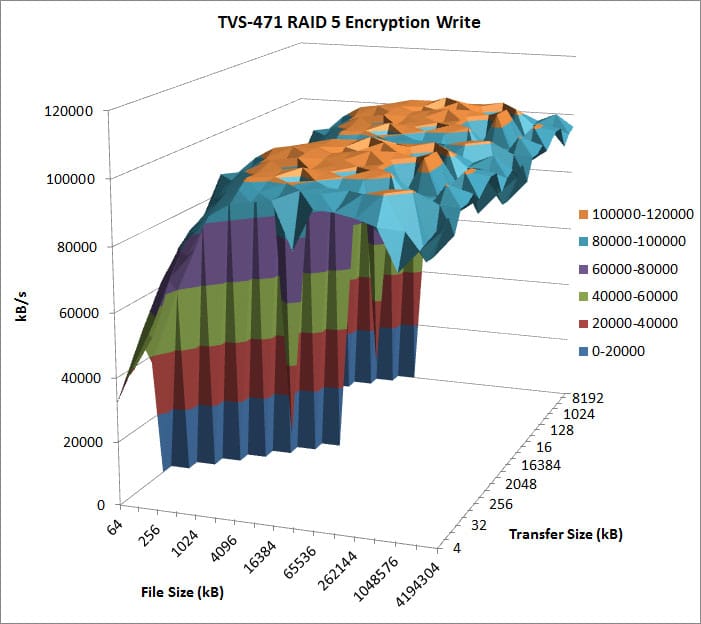 Write performance is good here but the NAS seems to take a small dip at file larger than 2GB. This may explain why we see the lower performance with the Intel NAS Storage test earlier. Still, the write performance is still great where the unit maintains close to 100 MB/s transfer rate, just a tad shy of the 125 MB/s that gigabit ethernet offers. 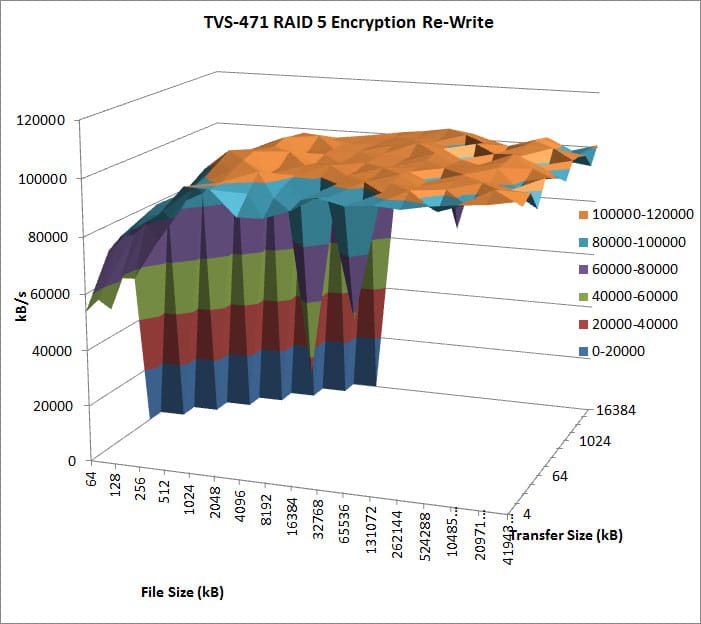 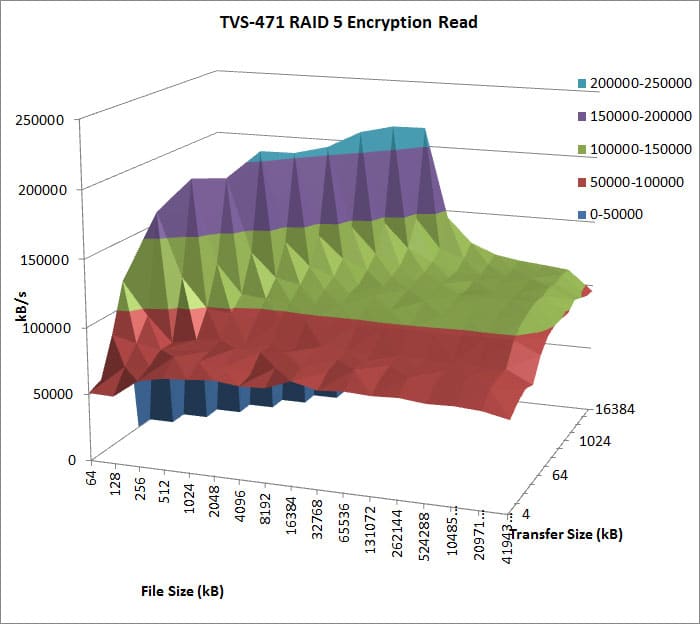 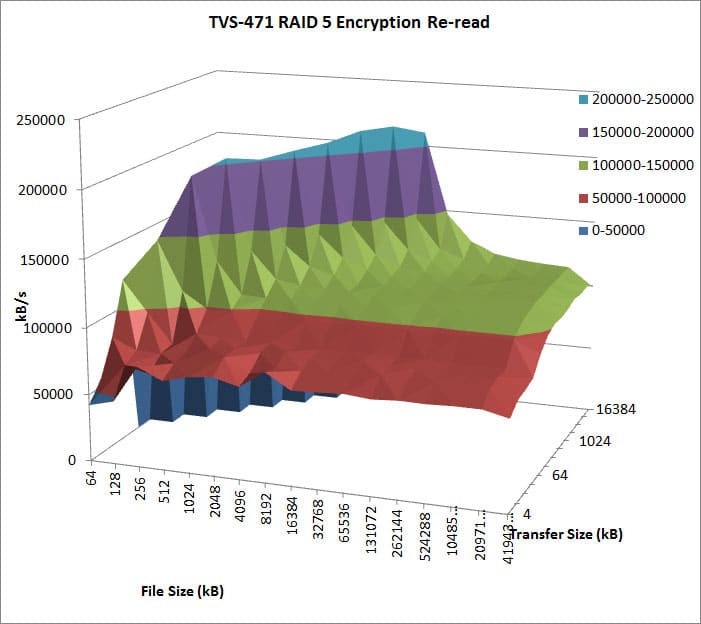 Read and re-read performance is just as good and consistent across various file sizes.

We are curious as to how much the processor performance difference would be between the TVS-471 and the TVS-463. It is not easy to compare the CPU performance on the NAS as there is no software utility that can be used. Luckily QNAP’s QvPC offers a way for us to compare them. With QvPC we can run virtualization and run our typical CPU benchmarks in Windows. Additionally, the Local Display Desk allows us to also benchmark using Chrome. Do keep in mind that neither one would be able to test the CPU to the fullest since the NAS own system takes some resources. Still, it gives us a good tool to get some sense just how much the performance difference are there.

We decided to run the popular CineBench R15 on both unit under Windows 7 VM. Additionally, with QvPC, we ran a few Java benchmarks using the Chrome browser. Additionally, we use the built-in trancoding station to convert a few video clips.

Clearly, the the Core i3-4150 blew the AMD GX424-CC out the water. The processor is two to three times faster than the AMD unit despite the fact that it is only a dual-core vs the quad core on the AMD SoC. Granted, the Core i3 support hyperthreading and is also clocked at higher clockspeed (3.5 GHz vs 2.4 GHz). As we mentioned earlier that we cannot compare the result from the transcoding directly since the Intel and the AMD unit are using different profiles. Even so, it is no doubt that for any workloads that is going to stress the CPU, the TVS-x71 would be the unit you want.