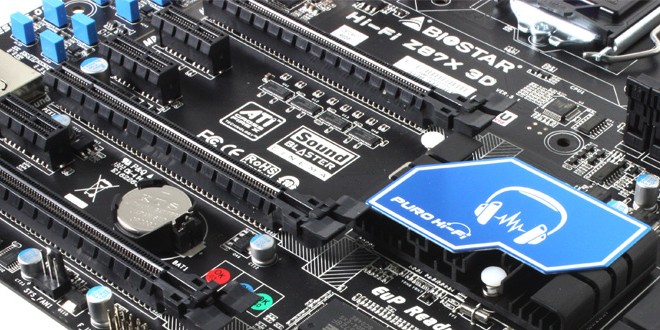 Biostar is one of those names you hear about but not as common as the “bigger” players in the component game but regardless of this they have a decent share in the more cost conscious market which is actually a very large segment to live in. Also on previous mainstream enthusiasts boards I have been rather impressed with the performance/price ratio the Biostar boards are able to pull in comparison to some of the higher priced competitors.

Today we have Biostar’s top Z87 model which integrates their HiFi audio solution for a great audio experience should you use this for a multimedia or gaming board this one should be up for the task.

The one thing that did surprise me is the lack of SLI support which means your talking single Nvidia card or crossfire depending upon your needs, but from what i have seen many users utilize a single card setup anyways especially budget builds so this may be a great low cost solution for a low cost gamer. 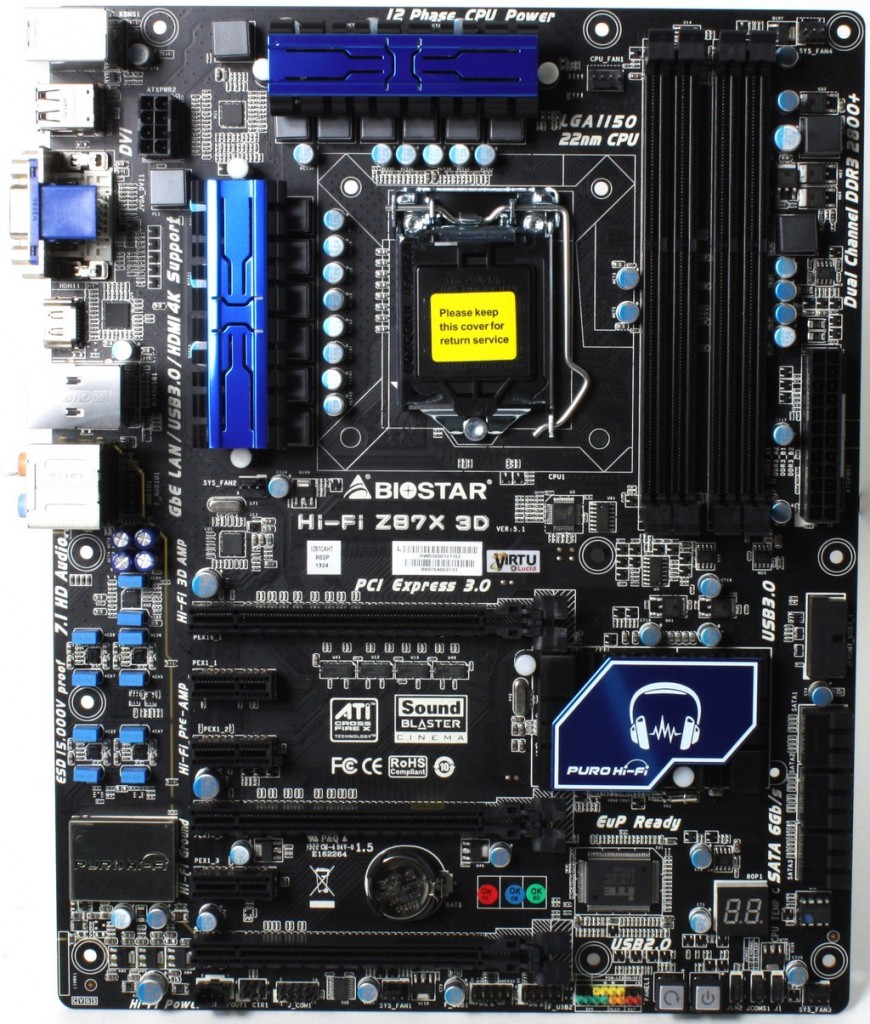 The board comes in at a price of $139.99 directly from Newegg at the time of writing which is in the lower and very competitive segment and this tells me that as long as the feature set exists and works this could be an amazing value.

Biostar employs high end audio amplifiers into their HiFi audio solution to ensure no matter the audio source or equipment used to hear it, you should get the very best quality possible from the onboard audio!

3D Audio solutions are multi-tiered, first up being the Smart Ear 3D which is a virtualized 3D environment so that any headset can now enjoy simulated surround environment for the most in depth audio enjoyment possible form your system.

3D Sound Field is a software preset which changes the audio experience by enabling a change from different audio spots from concert halls, Theratre, Gaming and etc all to service a further level of depth into your audio experience. 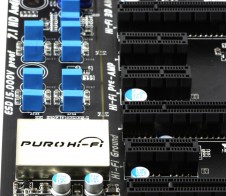 Biostar employs some very familiar capacitors with their Blue Film type capacitors which honestly look very similar to the red models used on the recently reviewed ASUS Maximus VI Formula board. This speaks very well for this audio solution as when we tested the formula it had exceptional clarity and warmth to teh audio so if the quality of audio can be met or similar in this case this will make for an awesome solution.

The HiFi Power is referencing the power solution for the audio components and the fact that it runs an island type PCB much like we have seen before and here it allows separation between layers  for the analog audio signals vs the other digital signals coming from other components.

The HiFi Ground is similar in design as each layer makes a defined separation to ensure clean signals and lowered or even removed interference from surrounding components.

One of the key features for the Z87X 3D is the included microphone which allows for specialized custom tuning of the audio as test tones are played via the included software to determine signal volume strength reaching teh ideal listening area as chosen by you.

Simply place the microphone in your normal listening area then run the software and it optimizes the audio setup for you automatically.

Audio duties are further enriched by the inclusion of the Sound Blaster Cinema software suite which allows further setup and optimization of audio for a better audio experience.

Biostar shows up to the game with a value board with a big dollar attitude. Lacking some polish and feature overall the board is an all out value performer.

Biostar shows up to the game with a value board with a big dollar attitude. Lacking some polish and feature overall the board is an all out value performer.