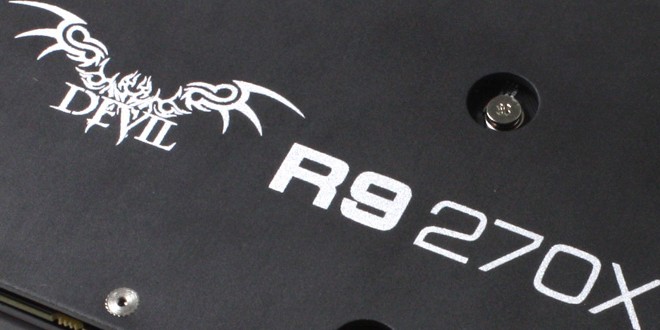 A Closer Look at the Powercolor Radeon R9-270X Devil 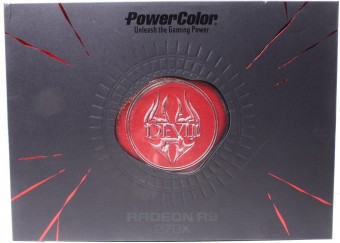 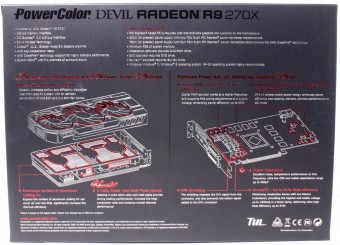 The packaging for the Powercolor R9-270X Devil is interesting as it is a matte Black surface with metallic red “tearing” accents. This is probably one of the more interesting packages I have seen and with the sight window plastic I know what lies beneath which is a large semi hard surface mousepad carrying the Devil logo or Wax seal.

The rear carries similar shiny accents which are not only silver in color but red as well accenting the simulation of the card features which really helps the details stand out. The rear of the package has a few key spec details outlining what makes the card special. 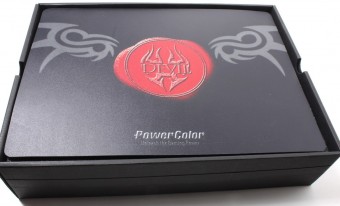 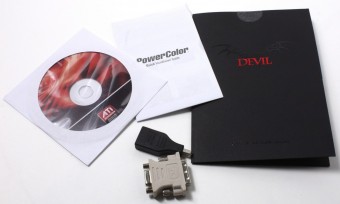 The accessories in the box as said start with on the top a large semi hard surface mousepad which is actually quite nice.

the other accessories are a DVI>VGA Adapter, Mini-Displayport to Displayport Adapter and lastly a quick start guide with and CD which comes in a Matte Devil sleeve. 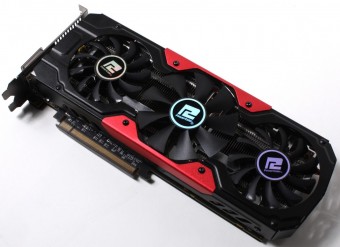 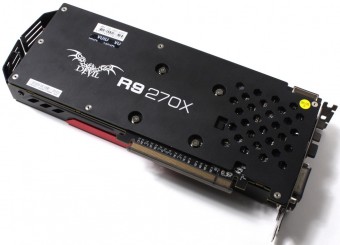 The R9-270X Devil carries the Devil Black/Red coloring scheme with large Devil triple fan cooler as you see here. The center fan is a bit larger than the outer and together they work in conjunction to keep massive amounts of airflow on tap cool the GPU under heavy load while staying quiet in the process.

The rear of the card is covered mostly by the full cover backplate and it definitely adds some style points to the card and also protects the rear of the PCB from damage.

This connector array allows for multiple display usage for Eyefinity gaming or even just a huge display array as needed. 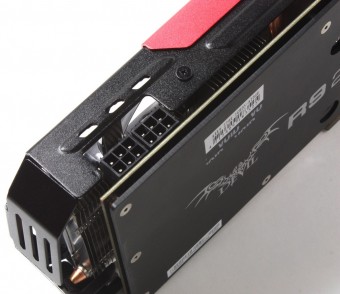 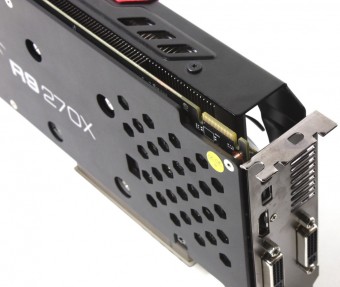 Here you see that the custom solution fitted for the 270X Devil utilizes dual 6 pins to ensure the GPU is adequately fed no matter the loading condition regardless if it is Overclocking or heavy gaming.

The 270X is capable of two way Crossfire which is why you only see a single bridge connector as only two of these model cards can actually be linked together.

Next we pulled the cooler and you can see that the cooler base itself is quite massive, add to this the large fin array and the quad heatpipe arrangement and it quickly becomes apparent that this cooler was built or should we say well overbuilt to take some serious loading, much more so than the 270X GPU could give off.

Here looking directly at the cooler I do like how Powercolor kept as much material as possible by thickening the fin array and just relieving certain fin areas with cutouts for key components which means maximum cooling surface area while still allowing components to be in place with close proximity but no interference.

The card itself is actually smaller than the cooler solution and  as you can see it is a full custom PCB with fixed VRM coolers and high quality components. 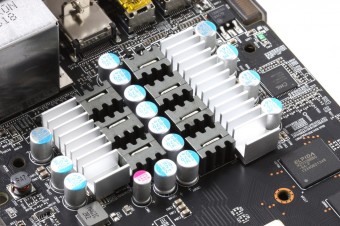 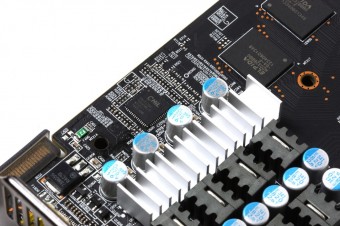 The VRM you carries nice quality components such as the winged inductors which can be seen. the VRM cooling solution unfortunately is solid mounted with what seems like a very strong epoxy or heavy glue/tape which could not be removed easily and with that I cannot take much of a look at the MOSFETs for the solution.

Directly above the VRM you find the CHIL controller which is used to control the VRM and ensure accurate, stable and reliable operation at varying loading conditions. 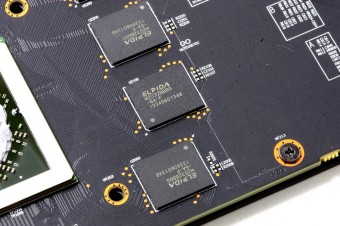 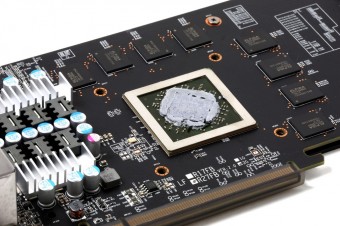 The Powercolor R9-270X Devil utilizes a new Elpida memory model which is quite similar to the one used on the 7870 Devil but this newer model requires .1V lesser voltage. It is spec’d at 6GHz, but on this card running at 5600MHz to ensure 100% stability at the extreme GPU clocks.

The R9-270X Devil utilizes a similar 7870 GPU which as we know the R9 Series with the exception of the 290’s are all basically the 7000 series rehash which is not necessarily a bad thing as much of them got excellent price cuts which make them great value contenders for gamers on a budget.