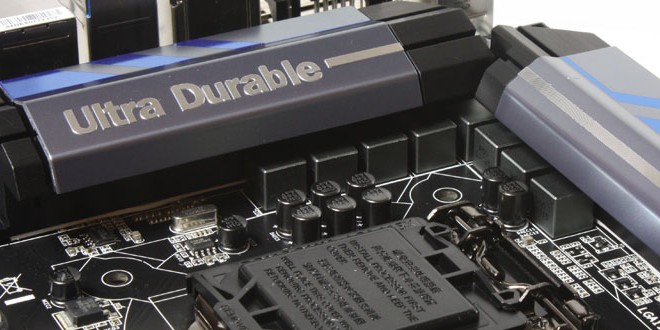 Just a short time ago we looked at the Gigabyte Z87X-UD4H and now we grabbed up its little brother, the UD3H. This board offers similar feature sets as the UD4H but a little more on the value side which means it will omit small bells and whistles to keep it on the lighter side of the pricing equation. 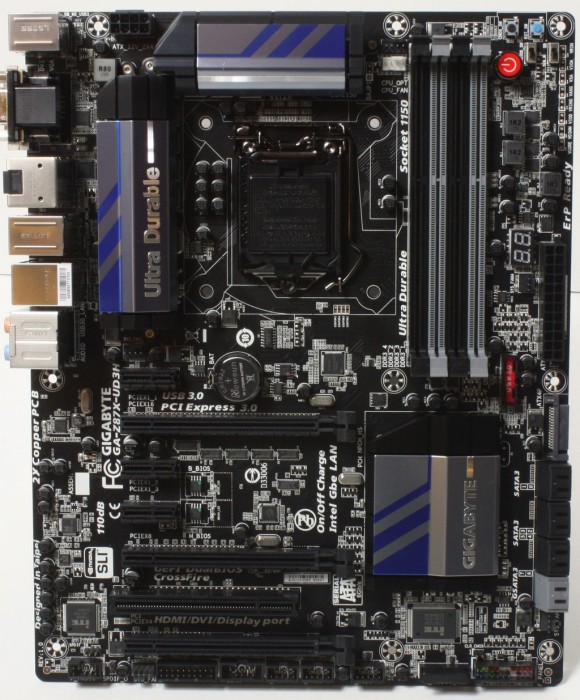 The board comes in at a price of $159.99 on Newegg, placing it among some of the least expensive boards on the market and with that any feature is a huge advantage since many of the boards at this price point are down to the very basic to ensure the best competitiveness at the value price point.

Gigabyte has been marketing the Ultra Durable line for awhile and many things have changed as more solid components and technologies have made their way into the lineup. some of these features are described below.

The new heatsink designs are made with a new design which I personally feel are rgeat for aesthetics but also seem to cool the VRM and chipset rather well. 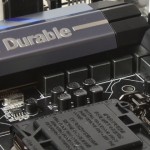 Here you can see the new heatsink design, not only is it functional but its quite clean and sexy looking compared to some heatsink designs we have seen recently. The reason we mention the appearance is that so many users are building high end windowed systems and you have to take motherboard appearance into account for those who want to show off their hardware. 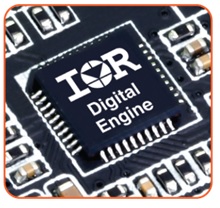 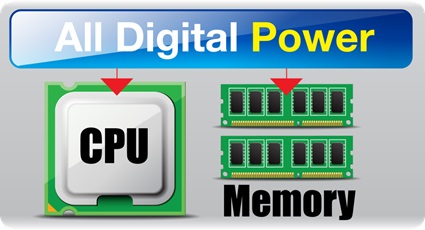 Gigabyte originally was a naysayer of the digital VRM designs but they have come around–this adaptation of the popular IOR components for their digital power solutions has great performance. The Digital solution allows for finite adjustment and regulation of voltages under idle and load conditions, extra-fine granular tuning, and has features such as LLC and great power saving under lower load situations via finer voltage control which can be modulated actively in real time by the controller.

Here we see the Solid state caps which have been a staple of the Ultra Durable config for pretty much as long as we can remember. Now they have an all black design which first of all looks really good. Also, these caps have a 10,000 HR rating which means they have a lifespan rating 5X that of typical consumer product offerings and even 2x that of standard mainstream offerings.

Gigabyte wants to ensure that some of the weird customer induced issues such as ESD from unplug and replug of devices is reduced which they accomplish by extra ESD protection built into the rear IO panel ports to make sure the board should have a better chance of surviving small static shocks unscathed. 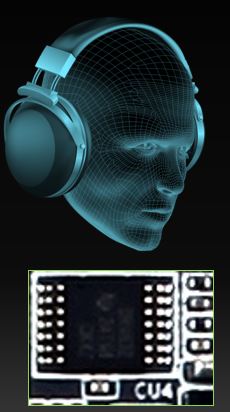 Gigabyte enabled a high end audio amplifier on the new series of board to ensure that they can push some of the new higher end headset solutions which are becoming increasingly popular among gamers as speakers are becoming far less prevalent. This is a sign of a manufacturer seeing where the market is heading and ensuring they are ready.

Gigabyte has made some improvement to their On/Off charge technology to support the latest and greatest mobile devices including those running iOS or Android, and they will charge even with the PC powered off via the PSU supplied standby voltage supply.

One Fuse per USB Port

We have seen this before from Gigabyte and we always thought it was a great idea as having a single fuse protecting a whole block of USB’s means that if one device causes a fault, you could lose all of those ports, resulting in a severe loss of functionality. Gigabyte runs a single fuse per port so that if a device shorts or has an issue you lose only a single port and the malfunction is localized with less chance of affecting other components.

Gigabyte includes Intel NIC on the 8 series boards which is a good move as Intel Gigabit NICs are known for their stability, performance and overall durability even under heavily loaded environments.

The Gigabyte Z87 boards this time around have a very well refined software suite with a much smoother and finished feel to them. 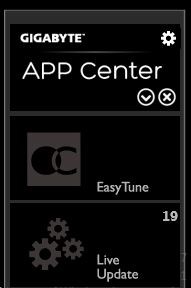 The App Center is where you can do quick updates or start the Easytune app. This is a cleaner looking interface and shows the design styling Gigabyte has chosen for its software. We can imagine being the App center this will be a constantly evolving App Drawer which will be used as a central point to launch new utilities as Gigabyte adds them to the suite. 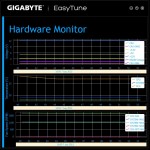 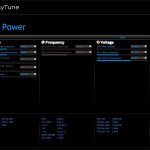 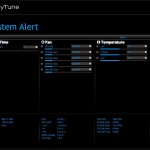 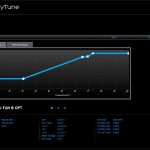 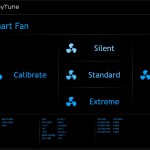 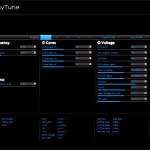 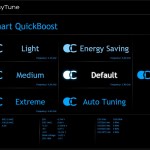 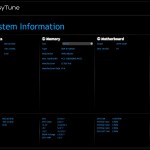 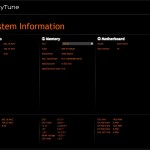 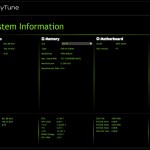 Gigabyte refined the Easytune software to include all of the previous functionality but needless to say if you look at the screen captures it is majorly better when it comes to layout and appearance. Let’s not forget that it is much easier on the eyes as well with a nice soft gray/black combo which adds to the smooth feel.

One thing definitely worth noting here is that the Easytune software can be changed to match different series boards with Orange for the OC series boards, Blue for standard and Green for the Killer/Gaming series boards, we think this is a cool addition as it adds a dose of not just functionality but also customization to the mix which many users will like.

The fan control is really cool now offering auto adjustments and tuning along side the standard manual adjustability to allow system tuning down to a very fine level to allow users to make the board exactly what they need it to be.

The ability to adjust everything down to phase control all within the OS and in this software makes it much easier to make small adjustment especially when overclocking without having to jump out to the BIOS with every little tweak.