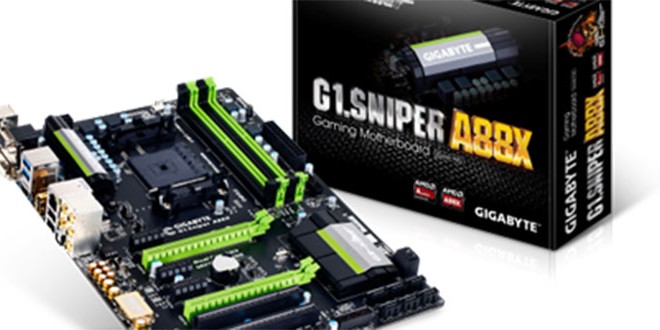 While AMD has yet officially announced the release date for the Kaveri, the successor to the Richland/Trinity APU, we are expecting it to arrive before the year ends. The motherboard vendors, like GIGABYTE, are gearing up for the upcoming APU and have announced list of boards supporting the forthcoming Kaveri.

According to the press release, the upcoming Keveri will use the new FM2+ socket that will also be compatible with current FM2 socket Trinity and Richland APU. As far as we know, current generation FM2 socket will not be forward compatible with the upcoming FM2+ APU. The FM2+ socket motherboard will utilize new A88X chipset that brings support for 8 GT/s PCI Express 3.0, DirectX 11.1, and 4K resolution on HDMI and DisplayPort support. All motherboards will include unique GIGABYTE features such as UEFI DualBIOS™, Digital Power delivery, as well Triple Display support. 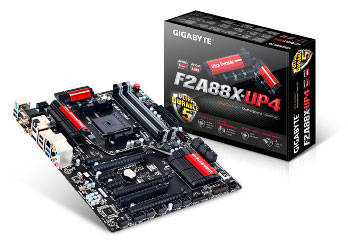 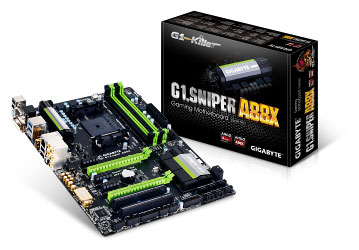 The G. Sniper A88X is worth mentioning as it is the first AMD G1-Killer gaming motherboard. We are quite familiar with the G1.Sniper gaming motherboard for Intel CPU that brings unique feature such as Killer Network and high quality audio. The G1. Sniper A88X brings GIGABYTE AMP-Up Audio that includes USB DAC-UP (optimized for users employing a Digital-to-Analog Converter), and Gain Boost (provides high gain output for headphone and speakers). The motherboard will also utilize Nichicon MUSE ES series audio capacitors for each channel output and gold plated hardware for improved connectivity and features onboard operational amplifier (OP-Amp) and audio noise guard that separates the board’s analog audio component from the electrostatic interference.

There is no pricing available at the moment. We also do not know when will the boards hit the retail shelves but we expect it to be around the same time as the Kaveri APU is released.