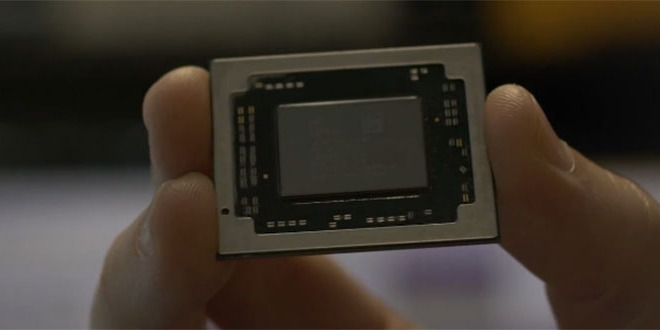 AMD announced Carrizo APU, the successor to the Kaveri APU. The Carrizo integrates the new x86 Excavator CPU core with the next generation AMD Radeon graphics. In addition, AMD also announced the Carrizo-L, an SoC that uses “Puma+” (upgraded Beema) CPU core with AMD R-series GCN based GPU and a FCH on a single package.

The Excavator core is an improvement over the existing Steamroller design that is based on the Bulldozer’s module design. It is still built on the same 28nm but has been fine-tuned for lower power efficiency for notebook/convertible form factors. It will add support for new instructions such as AVX2, BMI2, and RDRAND. The GPU should be based on the latest GCN 1.2 architecture where it brings support for DX12, OpenCL 2.0, AMD Mantle APU, and AMD FreeSync. AMD’s GNC 1.2 architecture has improved memory performance on the GPU so it can bring a sizable improvement on the graphic performance of the APU.

Carrizo platform would be fully HSA 1.0 compliant. And the Carizzo-L SoC and Carrizo APUs would be socket compatible so you could upgrade the SoC to the higher performance APU. Both SoCs and the APUs also would come with an integrated AMD Secure Processor for ARM TrustZone for security.

AMD already have the processors ready to go and is currently in the testing stage. They are expected to be released on in the first half of 2015.