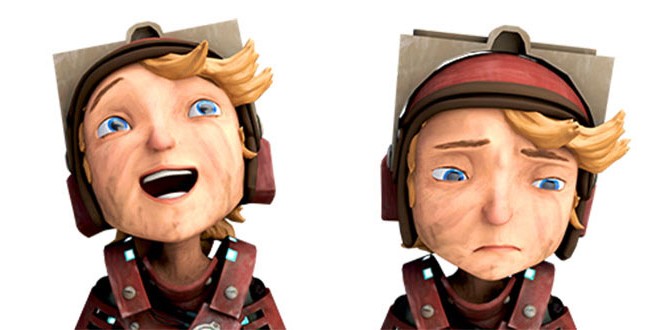 AMD and Mixamo Brings Face Plus that Revolutionize Character Art

AMD collaborate with Mixamo to launch Face Plus, an advanced real-time motion capture and 3D facial animation technology for the Unity game engine (v4.3). Face Plus leverages Unity’s blendshape technology and Mixamo’s rigging and animation algorithms where it is able to render expression captured with a webcam to 3D character in game in real time. This allows game developers to apply facial expressions to characters in games with vivid expressions that are captured from the webcam as oppose of traditional means of utilizing expensive equipment, sticky markers, and multiple 3D programs.

The technology requires no proprietary hardware. All you need is a webcam, a system that runs Windows 7 or Windows 8 (where Mac OSX is coming soon) and a video cards taht supports Open CL 1.1 or higher. So, pretty much any current system should be able to run the plug-in, even those with integrated GPU. In the AMD Press Release, it has shown that “a system powered by an AMD A10-4600M APU was capable of up to 42 frames-per-second capture in real-time with GPU-accelerated enabled, a 13x performance improvement when compared to using CPU processing alone.”

AMD envisions that such technology would not only be limited to content creation, but has potential to “make its way into consumer software such as video games and video conferencing applications, giving consumers opportunity to animate avatars in real time.”