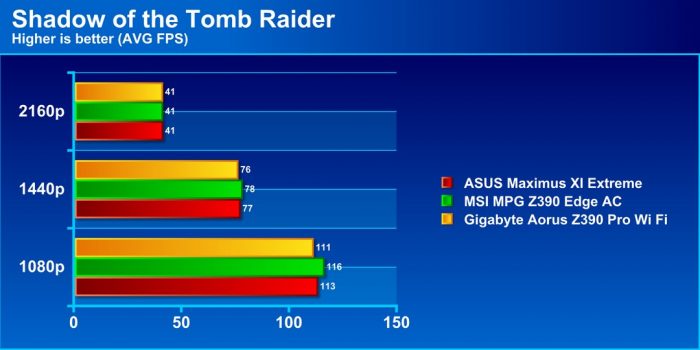 Here with Shadow of the Tomb Raider we see that 4K is even as there’s all load on GPU and CPU is not the bottleneck in any way. Once you drop to 1440P and 1080p we see a shape form. MSI takes the lead with the Maximus in 2nd and the Gigabyte picking up the rear. 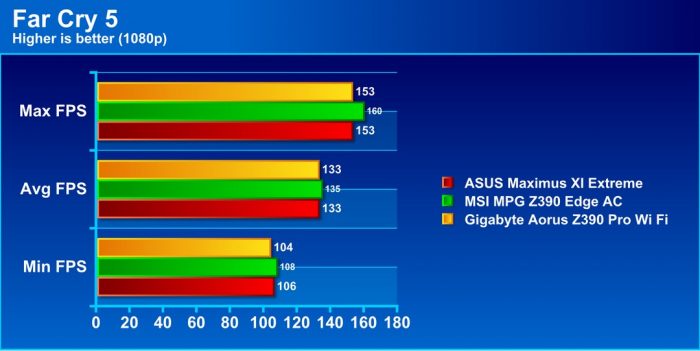 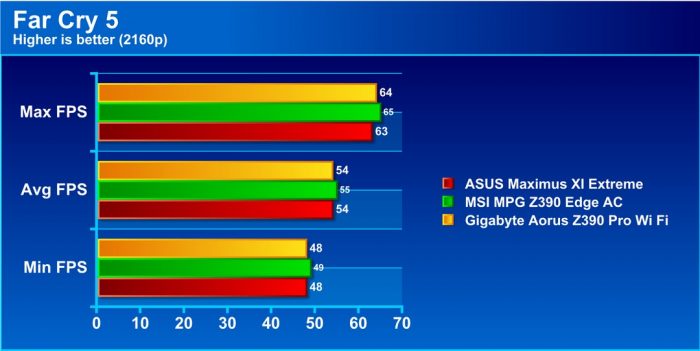 Far Cry 5 we see more of the same with MSI leading the pack by a very thin but sustainable margin. 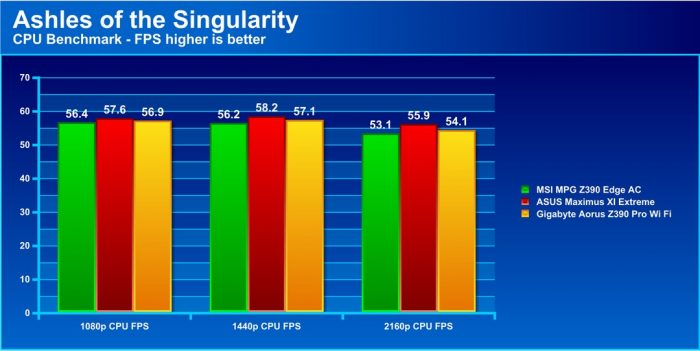 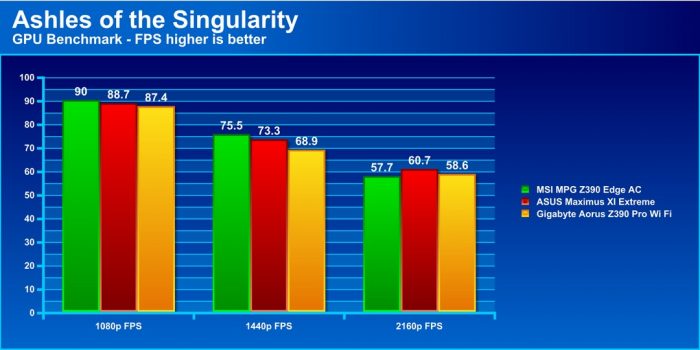 Here we see that the CPU benchmark shows ASUS ahead in every resolution by a slim lead.  Move to the GPU benchmark and things change a bit with MSI steadily carrying the lead for 1080p and 1440P with only 4K ASUS surpassing them. 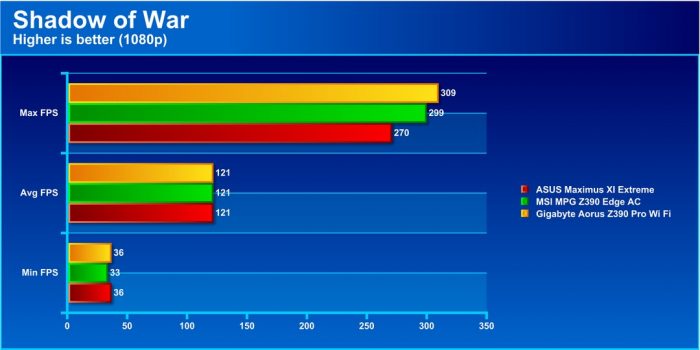 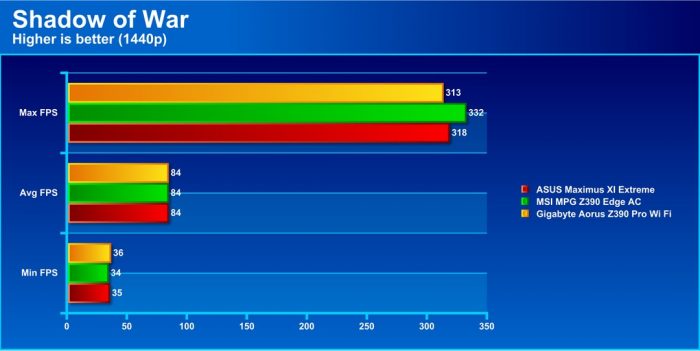 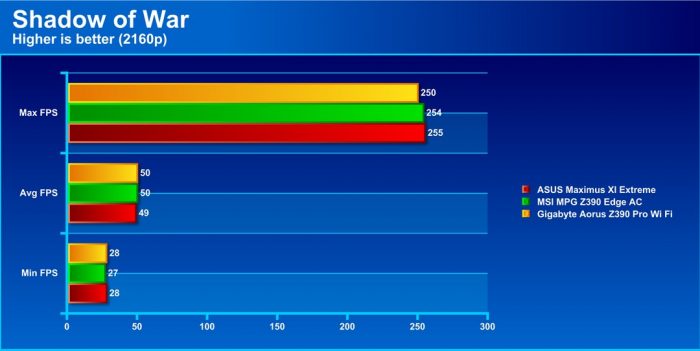 Shadow of War is more of the same with all platforms standing on each other’s toes so it comes down to a features race. 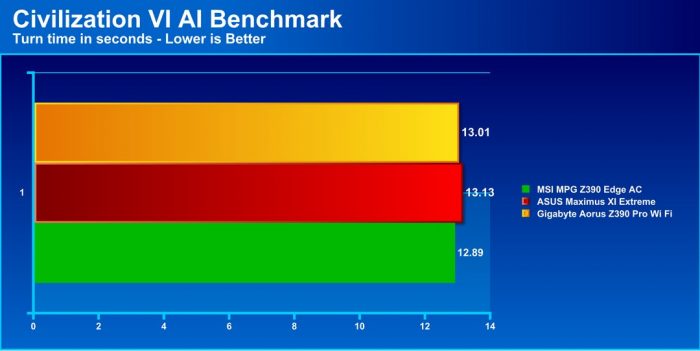 here we see the Gigabyte board barely edging into the 13-second range by a hundredth of a second. it is a tight race as expected and the Pro WiFi falls in the middle of the pack on the AI test. 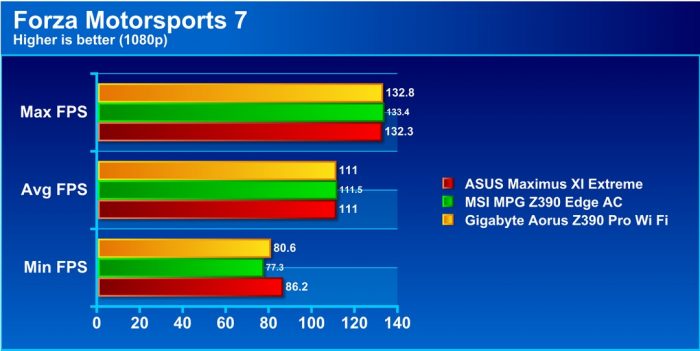 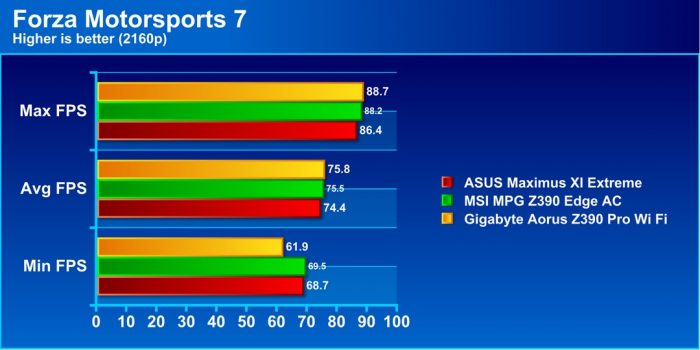 With Forza, we see that average FPS are very good on all 3 boards tested. This means that you will have a great gameplay experience should you mirror our setup. But there is no real clear advantage on these boards.